Budget 2019 May Focus On Growth, Investments And Jobs

India Budget 2019: Expect this Budget to be growth-oriented, with a special focus on MSMEs – not only through incentives and sops but also through creation of an ecosystem that will enable them to become large in a short span. 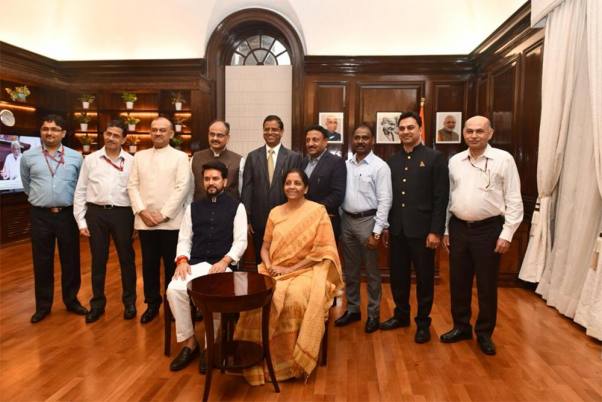 Every year, the Economic Survey hints at what to expect from the Budget. While some of the former’s observations are broad-based, there are some specific suggestions too. Of course, there are years when the Budget is vastly different from the Survey. This year, the Survey’s overriding focus is on growth, and therefore on investments and jobs. But it simultaneously seeks to look at these related issues in a holistic manner, rather than in various self-contained silos. In this and other manner, it drastically differs from the policy vision of the recent past.

At the outset, the Survey maintains that an annual economic growth of a minimum 8% is necessary if India wishes to become a five trillion dollar economy by 2024-25. This was a desire that was recently expressed by Prime Minister Narendra Modi. However, after a 6.8% growth in 2018-19, it projected only a slightly higher target of 7% for this year. This implies that a near double-digit growth may be required in the coming years to reach the PM’s target. Even the 7% estimate for this year may be slightly tough, given the current delay in monsoons which will impact the demand.

For such a high growth, the Survey puts its faith on private investments as opposed to the focus on public investments in the recent past. It clearly states that private investment is the 'key driver'. This can be unleashed only if the MSMEs lead the growth. Hence, there is a need to unshackle them, and 'enable them to grow'. The Survey's solution to this issue is that “all size-based incentives must have a sunset clause of less than ten years with necessary grand-fathering”. If this isn’t done, most MSMEs will end up as 'dwarfs' – with low growth, low productivity, and low profits.

Hence, expect this Budget to be growth-oriented, with a special focus on MSMEs – not only through incentives and sops but also through creation of an ecosystem that will enable them to become large in a short span. This is because, contrary to expectations, it is the large firms, with more than 100 employees, who contribute the most to employment and productivity. One of the reasons is that the large firms create permanent jobs, and the smaller counterparts “find it difficult to sustain the jobs they create”. Thus, this Budget may have policies that simultaneously look at MSMEs with more than 100 employees each.

The Survey admits that job creation isn’t enough. What is sustainable is that the workers get out of anti-inclusive growth cycle of low wages and wage inequalities. There is, thus, a need to redesign the minimum wage system, which is currently extremely complex with 1,915 minimum wages defined for various scheduled job categories for unskilled workers across various states. At the same time, despite its complexity, it “does not cover all wage workers”. In fact, according to the Survey, one in every three wage workers in India has fallen through the crack and is not protected by the minimum wage law.

Expect a slew of changes for the workers, and an attempt to simplify the minimum wages. At least, this Budget may set up a committee to go through the existing complex system, and give recommendations within a specified period. It may target the vulnerable bottom rung of wage earners to help in driving up aggregate demand and building and strengthening the middle class, and thus spur a phase of sustainable and inclusive growth. Yet another clue: there may be some sops for the middle class too.

The Survey highlights two other issues that relate to the uncertainties and citizens’ efforts to navigate in an uncertain, wobbly world that requires constant monitoring of the path followed by the economy. To achieve, a major need is to end, or minimise, the environment of “economic policy uncertainty”. Although it has decreased in the recent past, claims the Survey, there is further scope for improvement. Hence, “policy makers must make their actions predictable”, they need to track the “economic policy uncertainty index… at the highest level on a quarterly basis”, and implement “quality assurance of processes in policy making”.

This is easier said than done. One of the requirements to achieve these objectives is the use of real-time indicators through the creation of usable and practical “big data”. Since the government already has rich depository of data, which is largely scattered, “utilizing the information embedded in these distinct datasets would inter alia enable government to enhance ease of living for citizens, enable truly evidence based policy, improve targeting in welfare schemes, uncover unmet demands, integrate fragmented markets, bring greater accountability in public services, generate greater citizen participation in governance, etc.” This Budget may announce the initial steps to create, and use such data.