Business Action In The Wake Of COP26

In the Indian context, the announcement of a set of five-point targets by Prime Minister Narendra Modi indicated a significant focus on climate change mitigation. 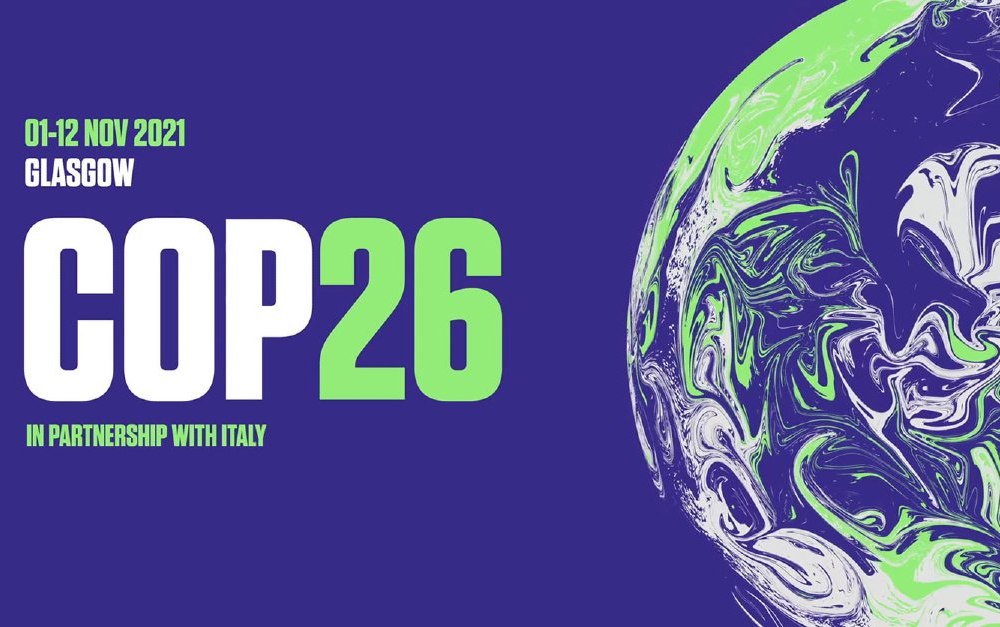 The current decade (2021-2030) is being called the ‘decade of action’ as a plethora of stakeholder groups including governments, businesses, and environmentalists from all over the world arrived in Glasgow at the recently concluded COP26 to reach a global consensus on mechanisms to prevent an impending climate catastrophe.

After an intense round of negotiations, the Conference has set out goals that are much more ambitious than those of the Paris Agreement. One of the key outcomes of the COP26 at Glasgow is the acknowledgment in the agreement that commitments made by countries so far to cut emissions of planet-heating greenhouse gases are nowhere near enough to prevent planetary warming from exceeding 1.5 degrees above pre-industrial temperatures.

Countries have also been asked to strengthen targets by the end of next year, rather than every five years, as previously required by the Paris Agreement.

In the Indian context, the announcement of a set of five-point targets by Prime Minister Narendra Modi indicated a significant focus on climate change mitigation as the country resorted to a conservative preventive approach – particularly with its net-zero target, setting the goal to achieving net-zero emission status by 2070.

While the roadmap towards achieving this goal is currently unclear, the two other goals - reducing emissions intensity, and increasing the renewable mix in installed energy capacity – are part of India’s Nationally Determined Contributions (NDCs) submitted for the Paris Agreement and the country seems to be well on track towards achieving two other targets.

India’s push for finance at the COP26 for itself and the developing world came with an announcement of a USD 1.2 billion (GBP 0.87bn) package of public and private finance by the UK to help drive India’s green growth. The package includes a USD 1 billion (GBP 0.7bn) investment from CDC, the UK’s development finance institution, joint investments from both governments to support businesses working on innovative green tech solutions, as well as a new USD 200 million (GBP 144.7m) private and multilateral investment into the joint Green Growth Equity Fund which invests in renewable energy in India. 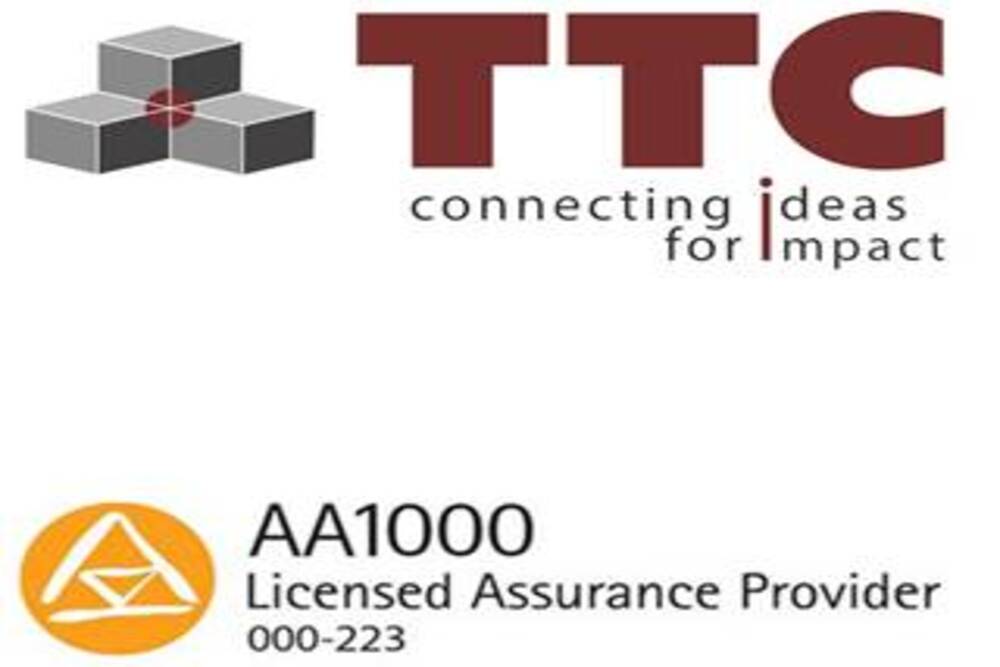 Even as we await a roadmap to India’s net-zero ambitions, it is evident that the augmentation of renewable energy capacity is of prime importance. India’s industrial sector is the largest consumer of energy in the country. In the year 2019-20, at total consumption of 12,91,494 GWh, the industry’s share was 42.7 per cent.1 A transition from conventional to renewable energy would mean a shift in the financial considerations from op-ex to capex, given the significant capital required upfront to transform economies that have been reliant on largely fossil-fuel-based energy systems. Investments in renewable energy also have a long gestation period with benefits materializing in the long term.

What does this mean for businesses?

While India’s pledges at the COP26 do not pose any dramatic shifts in policy that may influence businesses in India immediately, global developments cannot be ignored. For instance, The International Financial Reporting Standards (IFRS) Foundation announced the formation of a new International Sustainability Standards Board (ISSB) on day three of the COP26.

With this, businesses will be under rigorous scrutiny for more comprehensive sustainability disclosure, with stakeholders across the globe (including investors, customers, regulators and employees) holding businesses accountable for the same. In another landmark move, The European Union has also proposed a Climate Border Adjustment Mechanism (CBAM) which would tax imported goods produced by emissions-intensive processes that are not allowed under EU environmental regulations.

It is expected that other advanced economies may adopt similar approaches rendering goods and services from developing economies less competitive. In such a scenario, India will have to bear high compliance costs which will have detrimental effects on its aspirations to become the manufacturing hub of the world.

Aside from this, the Covid-19 pandemic seems to have initiated a paradigm shift towards business sustainability where ESG (Environment, Social and Governance) has become the talk of the town. Even though the net-zero target year announced during the COP26 seems far off on the horizon, businesses are already realizing climate change as a tangible risk and the financial gains from mitigation are more evident than ever before.

This movement is gaining momentum; 64 Indian companies (as on 11th November 2021) have signed up for Science Based Targets, which provide companies with a clearly defined path to reduce emissions in line with the Paris Agreement goals. 10 companies from sectors like Mining, Construction Materials, Chemicals, Textiles, Real Estate, etc have also responded and signed the Business Ambition for 1.5°C. The Carbon Disclosure Project’s Annual Report 2020 reported that in India, CDP witnessed a nearly 17 per cent increase in corporate disclosure compared to 2019, with 220 Indian companies disclosing to investors and customers.

Climate change disclosure to investors recorded a rise of 14 per cent. In a nutshell, expectations from various stakeholders on such disclosures are constantly evolving and many companies are embracing reporting voluntarily along with establishing robust internal controls around ESG-related data collection and monitoring.

Moreover, while India’s policy environment gears up to support the renewable energy shift, the market regulator SEBI is actively pushing for sustainability disclosures. The efforts go back to the year 2012 when SEBI had mandated the top 100 listed entities by market capitalization to file Business Responsibility Reports (BRRs) from an environmental, social and governance perspective. This was extended to top 500 companies in FY 2015-16.

In March 2021, SEBI decided to introduce new requirements for sustainability reporting by listed entities. The new report - called the Business Responsibility and Sustainability Report (BRSR) is set to replace the existing Business Responsibility Report (BRR). The BRSR is to apply to the top 1000 listed entities (by market capitalization), for reporting voluntarily for FY 2021–22 and on a mandatory basis from FY 2022–23. As the regulatory push for sustainability reporting increases, along with industry realizing the importance of ESG and its financial implications, many are coming forward to voluntarily adopt reporting on guidelines laid out by frameworks such as SASB and TCFD.

Measurements have led to better management and companies that have tapped into ESG aspects have realized financial gains be it from reducing their carbon footprint or attracting new customers and competent workforce, and/or integration of low-carbon technology resulting from a focus on sustainability.

In a nutshell, the COP26 could serve as the inflection point for humanity’s effort to prevent a catastrophe. Alok Sharma, the President of COP26, has said that the event has been instrumental in keeping 1.5 degrees (Celsius) within reach, provided the parties can keep their promises. The event has stepped up the ambition, developed consensus on phasing ‘down’ of fossil fuels, if not phasing ‘out’, and very importantly, closed a deal on setting rules for carbon markets which will influence the international business landscape tremendously.

Carbon markets will also push the adaptation agenda through the flow of finance to protect and increase forest cover. While these are positive developments at the COP26, the finance part of the puzzle remains unsolved. Although the developed countries have agreed to continue discussing enhanced finance and the deal included “loss and damage” for the first time, there is still no clarity on the quantum and timelines for finance.

As pledges start translating into policies, Indian companies will need to act now in terms of embracing ESG. As businesses rise yet again after the severe socio-economic and health impacts of the pandemic, it is the right time to interlace sustainability as a way of life into the way they function – so that stakeholder trust is firmly established. After all, every challenge is an opportunity in disguise for those who can act in a timely to harness it.