The deadly second wave of COVID ravaged the lives of several aviation professionals but for them, the show had to go on 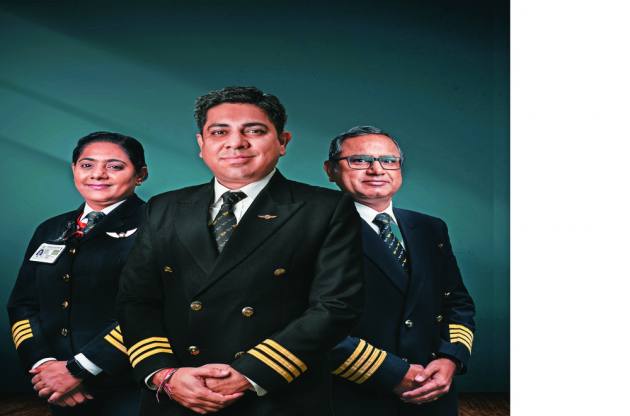 It was sometime in May this year when on-duty Air India pilot Captain Rohit Suri received a nervous call from his home in Delhi. He was told that his entire family had developed COVID symptoms, including his 75-year-old diabetic and asthmatic father with a heart condition, his wife and two daughters. Suri had just landed in Chicago.

While he quickly arranged for their RT-PCR tests, the real trouble began when all of them were diagnosed with COVID-19.

“While returning, it was so challenging to keep the thoughts of my family’s well-being aside and concentrate on my flying with 100% efficiency without compromising the safety of about 500 passengers,” says Suri, recounting how he did not get to meet his family for at least two months while he kept operating flights one after another.

Suri was one of the thousands of pilots who, despite facing unprecedented health emergencies at home during the second COVID wave, worked relentlessly to serve the nation. Pilots had two crucial jobs at hand at that time — rescuing Indians stuck abroad to safely bringing them back to India under the Vande Bharat Mission, and transporting vaccines across the country.

“In the past, we have flown to war zones and organised evacuations from troubled places. But this time, it was not about being blown up by a missile. It was a virus which could have been transmitted from us to our kids and families and endangered their lives,” Suri says.

The second wave of the COVID pandemic ravaged the lives of many aviation professionals but they had to carry on.

Suri narrates how his Noida-based colleague, Captain Amritash Jaiswal, had to run from pillar to post to perform the last rites of his father who had succumbed to the virus, all while he had tested positive after flying to Delhi from Chicago.

Although he was asymptomatic and the government norms allowed such patients to quarantine at home, Jaiswal was not allowed to enter Noida after reaching the Delhi-Noida border. It was only after the intervention of the Ministry of Civil Aviation that he got the permission to enter the city to cremate his father. Air India had provided him with a guest house where he had quarantined himself.

“In the middle of all this, knowing all the difficulties, we kept flying for the Vande Bharat Mission to bring Indians back home, knowing it is our job and responsibility and we are proud of it,” Suri says.

Such was the demand of the times that mothers had to leave their newborns when duty called. During the national emergency, pilot couple Captain Thanmai Papagari and Captain Sumit Drolia had to step up despite having a newborn at home.

“Managing home and going on flights became a problem for both of us. There weren’t any nannies to help during the lockdown, so we had to call one of our parents. That only added to our fear of infecting not only our child but also our parents,” says Papagari.

Captain Simrat Singh Dhillon, another Air India pilot who was part of the Vande Bharat Mission, says extended delays, coupled with staying alone at home and not having anyone to talk to, felt emotionally draining.

“In fact, I called up one of my seniors and confided in him (by sharing) my phone password and insurance details in case something happened to me because I didn’t want my family to panic,” Dhillon says.

He adds that operating flights during COVID in PPE kits and masks was stressful. “The most challenging thing was fighting the unknown enemy without compromising flight safety and the safety of the passengers along with fighting the fatigue and jet lags,” he says.

Even for Captain Madhu Narain, duty was paramount. “With the number of cases increasing, even though all the family members were at home because of the lockdown, there was always a fear of bringing the infection to them. I used to maintain self-isolation from the family after flights, thereby creating more emotional stress to myself and my family, especially the kids,” Narain says.

When it seemed like India was at war with the virus, the country also saw the rise of brave soldiers like these aviation professionals who stepped up and placed duty before everything else when it mattered most.