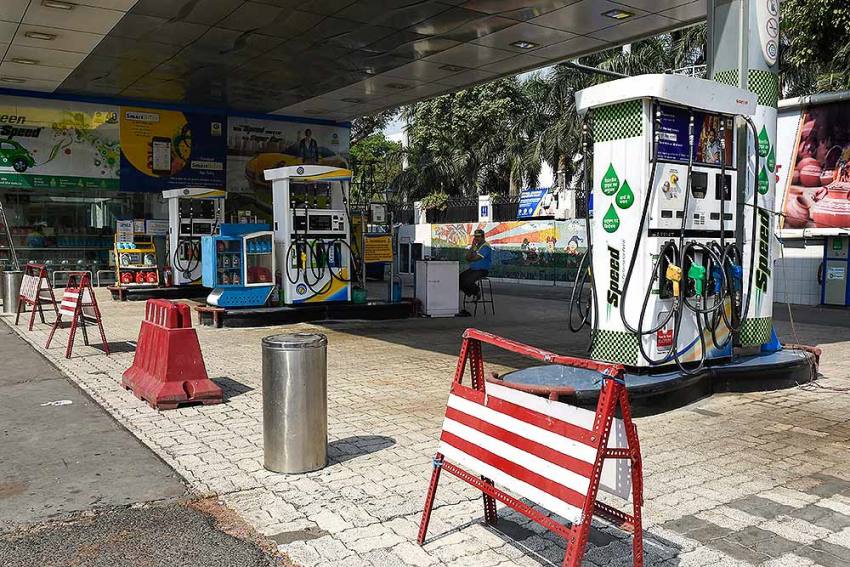 The Centre’s move to reduce the excise duty on petrol and diesel by Rs 5 and Rs 10 per litre respectively, has opened up a new political front between the central government and the opposition parties. So far, the opposition was accusing the centre of fleecing consumers by levying high taxes on petroleum products. But the game has changed now.

After the centre's announcement to reduce excise duty on petrol and diesel, all the BJP-ruled states have also announced cuts on VAT and other taxes on petroleum products. Except for Punjab and Odisha, no opposition-led state has reciprocated the move.

What’s the reason behind non-BJP states’ reluctance in reducing taxes on fuel?

Over the last decade, especially after the implementation of GST, the difference between states’ revenue and their expenditure has been widening. A study by PSR India says, “In 2019-20, the GST compensation requirement of states was Rs 1.65 lakh crore, nearly double that of 2018-19. This resulted in a shortfall of nearly Rs 70,000 crore which was partly met through the 2020-21 cess collection. In 2020-21, states’ compensation requirement is set to rise further to Rs 3 lakh crore, leaving a shortfall of about Rs 2.3 lakh crore. Part of this (Rs 1.1 lakh crore) will be funded through additional borrowings by states, and the remaining will be paid by extending cess collections beyond June 2022.”

Kerala Finance Minister KN Balagopal last week outrightly refused to cut VAT on fuel prices in the state which he said was in a severe economic crisis.

Need To Spend On Health Infrastructure

Covid-19 has increased the cost of running health infrastructure for centre as well as for the state governments. While the Covid numbers have reduced in most states significantly, the governments want to maintain a buffer in case of future outbreaks. A budgetary analysis of the key 11 states in India shows the average per capita expenditure on healthcare at just Rs 1,747. These states include Haryana, Kerala, Punjab, West Bengal, Rajasthan, UP, Bihar, Tamil Nadu, Gujarat, Karnataka, and Maharashtra. While the opposition blamed the centre for the shortage of Oxygen during Covid’s second wave in India, the state governments run by opposition parties fear a backlash from the public in turn, if a similar situation of Oxygen shortage arises in future. This is forcing the states to collect more taxes through fuel to have sufficient war chests in future.

VAT (Value Added Tax) is calculated on the retail price of a commodity. This is why the centre's decision to cut excise duty on petrol and diesel automatically brings down the amount of VAT collected by the state governments.

Rajasthan chief minister, Ashok Gehlot emphasised this fact recently when he pointed out that with the centre's decision to reduce the excise duty on petrol and diesel, the state’s VAT on fuel prices has automatically been reduced by Rs 1.8 per litre on petrol and Rs 2.6 per litre on diesel. According to Gehlot, the state government will be losing Rs 1800 crore due to a reduction in VAT and if the centre wanted the states to bring down VAT further, it should simply cut central excise duty on the production of fuel in the county.