Can NBCC Fulfil The Dreams Of 22,000 Jaypee Homebuyers?

On May 9, a committee of buyers will sit to weigh the legal compliance of NBCC’s bid proposal. 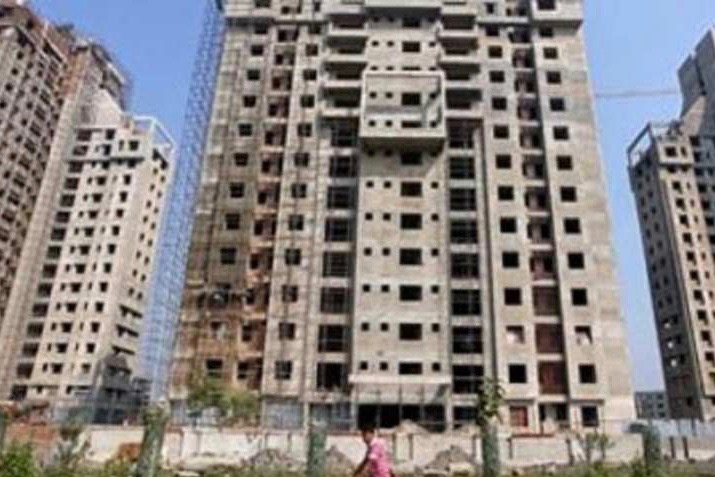 The sole concern of around 22,000 homebuyers, who have invested their hard-earned money since as early as 2009 into various realty projects of Jaypee Infratech Limited (JIL), is to get physical possession of their flats without any legal encumbrances.

Their hopes now rest on NBCC (India) Ltd (formerly known as National Buildings Construction Corporation Limited), a government of India Navratna enterprise, which has proposed to take over Jaypee Infratech Limited and complete the 22,000 unfinished flats.

On May 9, a committee of creditors (CoC) comprising all the buyers, banks and other investors will meet to examine the legal validity of NBCC’s bid. Once it passes the compliance test, in the next stage it would need a minimum 66% votes of CoC to take over JIL.

However, NBCC’s initiative to take control of JIL is fraught with challenges too.

Anuj Jain, the Interim Resolution Professional, (IRP) appointed by the Supreme Court, in an email to all the CoC members had informed on May 7 that NBCC’s bid is conditional, whereas the resolution plan should be binding and non-conditional.

For instance, NBCC’s proposal says that if the company gets Rs 750 crore that JIL has deposited into a separate account after the SC order, only then it will pay a mere 25% of the total penalty to homebuyers for the delay in delivery of the flat.

Also, the funds for construction are being sought from the existing lenders like IDBI bank, which would be difficult for any lender to agree.

The bid also says that unless it gets several tax benefits and favours from the concerned development authority, i.e, Yamuna Expressway Industrial Development Authority (YEIDA), it will withdraw from the resolution process without any liability.

“You cannot bid to take over a company with conditions. It causes uncertainty among buyers. How can CoC or IRP ensure that the company will get certain favours from the YEIDA,” Preeti Sharma, a homebuyer, told Outlook.

Sharma questions, “And what if certain conditions remain unfulfilled in future. Will NBCC leave us in the lurch?”

The second major challenge is an initiative by Jaiprakash Associates Limited (JAL), the parent company of JIL, to get the insolvency proceedings withdrawn.

In case the COC rejects NBCC’s bid then in the absence of any bidder, JAL's proposal to withdraw JIL from the resolution proceedings will take the centrestage.

There is no denying the fact that NBCC evokes trust among buyers. However, JAL’s offer to homebuyers is far more appealing and profitable as compared to NBCC’s bid.

For instance, a homebuyer who has invested Rs 80 lakh for a 2,000 sq ft apartment in one of Jaypee’s projects in 2011, could get a discount or benefit of Rs 9-10 lakh in case the company is withdrawn from the insolvency proceedings.

This includes free registration of flats, the full penalty against the delay in delivery and other benefits.

The third challenge for NBCC is its performance in the Amrapali case which hasn’t lived up to the expectations of many homebuyers.

“A section of buyers feel that if NBCC takes over, at least it will be certain that flats will be delivered because it is a government enterprise. However, the pace of work in Amrapali’s case raises apprehensions in the minds of others,” says Anil Sachan, a buyer of Amrapali Castle, a realty project in Greater Noida along the Yamuna Expressway. He complains that in the past several months NBCC has only done some exterior painting of towers.

“We are not very happy with the pace of work but are hoping that things will improve in the near future,” Sachan told Outlook.

Jaypee Infratech launched close to 50,000 flats in 2009-10 in various ambitious real estate projects in Noida and along the Yamuna Expressway area. However, the slowdown in the real estate sector and various other factors affected the financials of the company and shattered buyers' hopes.

In July 2017, RBI for the first time referred 12 companies, one of which was Jaypee Infratech, to the National Company Law Tribunal (NCLT) as it allegedly defaulted in repayment of bank loan.

A fortnight later, NCLT took up the case amidst Jaypee’s resistance that it was not a defaulter and its assets were in excess of its debt, hence it was not a fit case to go under a resolution process.

Despite that, NCLT appointed an Interim Resolution Professional (IRP) who invited proposals from companies to take over Jaypee Infratech and complete its unfinished projects.

Under the insolvency law, once all companies’ proposals come in, an evaluation expert is appointed to select the best proposal out of all. If the company with the best proposal gets 66% vote in the Committee of Creditors (CoC), which includes homebuyers and banks, it gets the ownership right.

If it fails, the other company’s proposal is put to vote and the process continues till a proposal gets approved.

The CoC has last week rejected Suraksha’s financial proposal, which has paved way for the second bidder, i.e., NBCC.

Air India Falls For Cyber Fraud, Sends Funds To Nigeria Instead Of US Firm