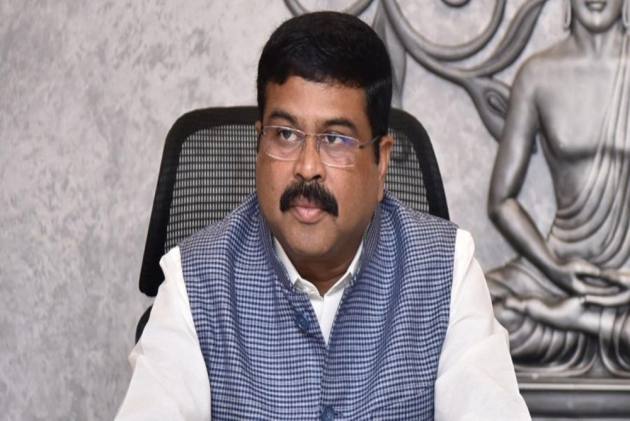 Petrol and diesel prices in the country have been on a skyrocketing journey over the past couple of months – it has crossed or inched closer to Rs 100-per-litre-mark across many cities including Mumbai and Delhi. It prices did go down for a brief period of time, however, commuters again saw am increase in retail prices of petrol and diesel by oil marketing companies for the last five to six weeks.

Amid sharp criticism from the Opposition that accused the government of ‘looting’ the public, Union Petroleum Minister Dharmendra Pradhan returned the remark saying that prices across Congress-run states were far higher than others.

“I accept that current fuel prices are problematic for people but be it central/state govt, over Rs 35,000 crores have been spent on vaccines in a year… In such dire times, we’re saving money to spend on welfare schemes,” Union Petroleum Minister Dharmendra Pradhan explained.

“Rahul Gandhi must answer why fuel prices are high in Congress-ruled states like Punjab, Rajasthan, and Maharashtra. If he is so concerned about the poor, he should instruct the Maharashtra CM to reduce taxes as prices are very high in Mumbai,” he added.

Gandhi had earlier this week hit out at the Centre over the rising fuel prices saying that the “waves of tax collection epidemic are continuously coming”. His remarks came after petrol prices touched Rs 100/litre in Mumbai and neared the century mark in Delhi as well.

“The process of unlocking has started in many states. While paying the bill at the petrol pump, you will see the rise in inflation by the Modi government. The waves of tax collection epidemic are continuously coming,” Rahul Gandhi had tweeted in Hindi.

With global crude prices also rising on a pickup demand and depleting inventories of the world's largest fuel guzzler — the US, retail prices of fuel in India are expected to firm up further in the coming days.