Challenges Before India To Achieve Net-Zero Carbon Goal By 2070

As Prime Minister Narendra Modi pledged net-zero by 2070 at the COP 26 Climate Change summit at Glasgow on Monday, what are the challenges that lie ahead for India to meet this ambitious target? 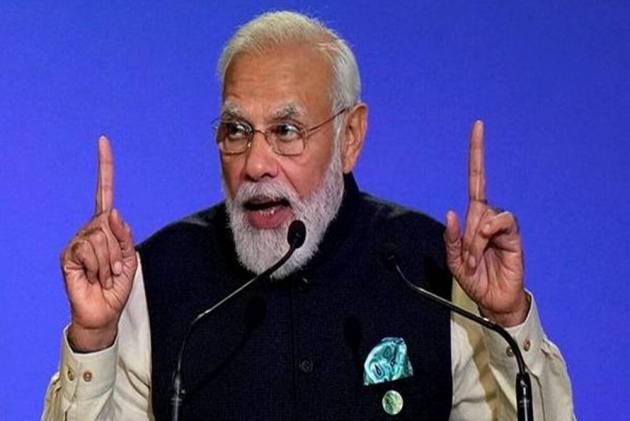 Has Frankie, the dinosaur, done its job? For the uninitiated, Frankie is the wise dinosaur created as part of UNDP’s campaign released ahead of the COP 26 ClimateChange summit at Glasgow that began on October 31.

As Frankie exhorted world leaders to act against climate change saying its ‘now or never’, India has risen to the occasion with a slew of headline grabbing announcements. The most notable being Prime Minister Narendra Modi’s pledge to reduce the country’s total projected carbon emissions by 1 billion tonnes by 2030. The other important announcements are upward revisions of currently set targets.

We can’t ignore #ClimateChange any longer. Unless we end the excuses, we’ll be another species facing extinction.

Join us and @FrankieTheDino, and let's take #ClimateAction before it’s too late: https://t.co/vf7PQ2oLeR#DontChooseExtinction #COP26 pic.twitter.com/lwAXw4FCYI

How Energy Secured Are We?

Modi made five pledges while addressing the ‘High-Level Segment for Heads of States and Government' at the UN COP 26 summit on Monday.

At a time when India faces an internal struggle with coal production, experts believe that the other pledges by Modi hold more significance.

“2070 seems less relevant at this point in time, we should rather focus on 2030 targets which we have been discussing nationally for quite some time. India should seriously consider a peak coal year well within this decade given the fact that we are not only facing the climate crisis but we are also facing a domestic ecological and social crisis due to reliance on this dirty fuel. Therefore, accelerated transition away from coal is more advantageous for India than other countries,” said Sunil Dahiya, analyst, Centre for Research on Energy and Clean Air (CREA).

But beyond coal, the challenge for the world’s second third largest emitter of greenhouse gases after China and the US, is access to finance and technology.

On both fronts, developed nations have done precious little. The charge against them is validated by their inability to transfer low-cost debt to developing nations such as India. The story remains same with technology transfer. As Modi reposed his faith on Indian Railways to do a large part of the heavy lifting when it comes to meeting the ambitious targets he has set for cutting emissions, India Inc will also have a big responsibility to fulfil.

“Climate action has a direct correlation with cash flow in future, be it through adoption of clean technology, decarbonisation or resource efficiency.” Seshagiri Rao, Joint MD and CFO of JSW Group told Outlook Business in an earlier interview. “Government incentives and subsidies will go a long way in large scale climate action adoption in the country,” he added.

Fund raising instruments such as green bonds have gained popularity but India Inc needs access to a much larger pool of low-cost debt to ensure reduction of carbon emissions by 1 billion tonnes by 2030.

There’s hope in the bilateral talks India is pursuing with the UK and US.

If unchecked, climate change could cost the Indian economy close to $35 trillion by 2070 said Deloitte, while World Economic Forum has estimated the country’s economic gains from climate action at $11 trillion.