Cities with prominent IT landscapes such as Hyderabad, Bengaluru and Pune together accounted for 62 per cent of gross absorption in the third quarter this year. 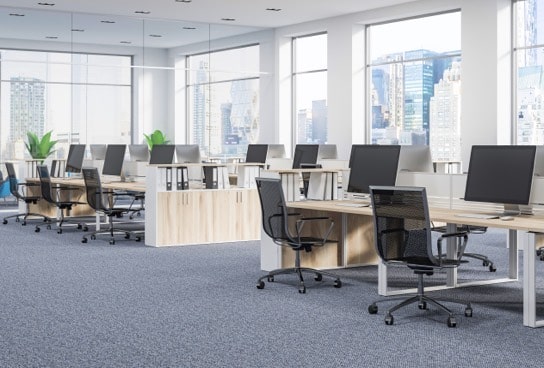 Office leasing increased 34 per cent on a year-over-year basis to 10.3 million square feet between July-September in six major Indian cities. This is citing increased demand from corporates and co-working operators following the second wave of COVID-19, Colliers' latest report states.

For the comparable period last year, gross leasing stood at 7.7 million square feet. Absorption of office space spiked by 89 per cent on a quarter-over-quarter basis in the July-September quarter. "The quarter has brought in much-needed cheer for the market. Large deals made a comeback, led by demand from flexible workspace operators," Colliers India CEO Ramesh Nair said.  He added that decision-making by occupiers became more swift compared to the previous year.

"We can expect the optimism to strengthen over the upcoming quarters, provided there is no third wave. Occupiers who were exploring renewal options have begun looking for fresh space," Nair added.

Leasing share by flexible workspace operators increased in the September-end quarter to 26 per cent. This was primarily on the back of higher demand from occupiers looking for managed spaces and short-term leases to tide over uncertain times.

Cities with prominent IT landscapes such as Hyderabad, Bengaluru and Pune together accounted for 62 per cent of gross absorption in the third quarter this year.

"With an increased number of fully vaccinated employees returning to their workplaces coupled with fewer restrictions on mobility, the office market is showing strong signs of revival," Colliers informed.