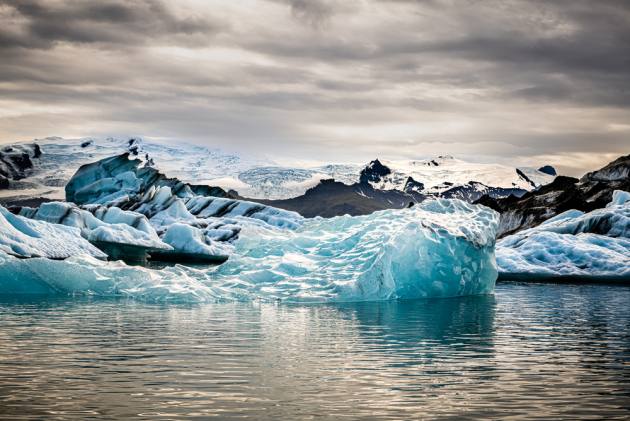 As the climate crisis exacerbates weather conditions, businesses around the world are beginning to feel the heat. On home turf, the financial impact of climate risks to Indian companies is calculated to be around Rs 7,138 billion, according to a 2020 report by Carbon Disclosure Project (CDP).

In the report, respondents have flagged climate action failure as the top risk.

Businesses that depend on water are faced with grave challenges. The 2030 Water Resources Group, an international organisation, has said that the demand for water in India will outstrip its supply by 50 per cent by 2030.

Deloitte in its Global 2021 Climate Check report revealed that climate-related events are already affecting more than one in four organisations worldwide. According to the report, climate change and extreme weather events such as hurricanes, floods, and fires, have a direct impact on 70 per cent of all economic sectors worldwide.

These companies identified climate-related risks across their value chain, with direct operations being the most severely affected and exposed most to acute physical risks and transition risks.

Damandeep Singh,  Associate Partner, ESG and CCaSS at EY India states, “Transition risks come from changes in policies that will affect how companies conduct business. For instance, stricter emission control and energy efficiency norms and the switch over from internal combustion engines to electric vehicles. We’re now seeing a big race in the two-wheeler segment for bringing the best EV to market. This will begin to happen in the four-wheeler segment as well.”

Climate change has two key dimensions -- adaptation and mitigation, and both affect businesses either by increasing risks or providing opportunities.

Shankar Venkateswaran, Director, CDP India, explains some of the risks that companies may be exposed to following climate change. “Companies that have plants on the coast or in low-lying areas can be adversely affected by sea-level rise and floods and have to take precautions like erecting/raising sea walls to protect these assets. Companies that require water for their processes may run into water availability issues in case of droughts, especially if they are located in water-stressed geographies.” He, however, also underlines the opportunities that climate change gives birth to. “Climate change also provides business opportunities – water conservation and recycling technologies/services are examples of this.”

In 2016, Macy's, a leading retailer in the US, decided to cut down 2,000 jobs because it lost revenue. The fall season was particularly warm that year and discouraged customers from buying winter clothing. As a result, the company saw a dip in its sales.

In the UK, two-thirds of small businesses were reportedly affected by severe weather between 2012 and 2015.

This incident revealed that climate change can also alter consumer purchasing behaviour which in turn can affect businesses particularly those in the B2C segment. The increased frequency of natural disasters especially floods, droughts will affect agricultural production. It is bound to affect the players operating in the food business. Volatile climatic situations will hit agricultural production and thus affect the food supply.

The Global Risks Report 2022 cites “Involuntary migration” as a top long-term concern cited by respondents. It says that economic hardship, climate change, conflict, and political instability are forcing millions to leave their homes.

The pandemic, future employment trends, and increased national interest postures of many countries have become an obstacle in cross-border migration leading to worker shortages and much more. While the report was being written, the United States had 11 million unfilled jobs in general and the European Union had a deficit of 400,000 drivers just in the trucking industry.

Amidst all this, the only silver lining is that the situation is forcing companies to reduce greenhouse gas emissions. Venkateswaran points out, “Customers, including B2B ones, who are committed to reducing their own GHG footprint also expect their supply chains to do so; again, many CDP reporters like Unilever and Microsoft also expect their suppliers to also report their emissions to CDP. A third driver is regulations which are getting tighter as more and more countries commit themselves to climate targets including net-zero. Thus, addressing climate change and disclosing this publicly not only de-risks companies but also provides them opportunities to access capital, acquire and maintain customers and be ahead of regulations.”

While there is still a long way to go in terms of halting climate change, some have begun to travel the right path. Singh reveals, “It may come as a surprise to many, but a large proportion of top emitters in India are already on the pathway to a Net Zero (NZ) future.  At the last count, 64 companies are already on the journey to achieve Net Zero GHG emissions. While they all have committed to Science-Based Targets (SBT), 28 have had their Net Zero targets validated.”