COP26: After Modi's Ambitious Targets, The Ball Is In US' Court To Save The World

Under the COP16 Accord of Cancun conference in 2010, it was agreed that $100 billion per year would be mobilized by the rich countries by 2020. But has the needle moved? 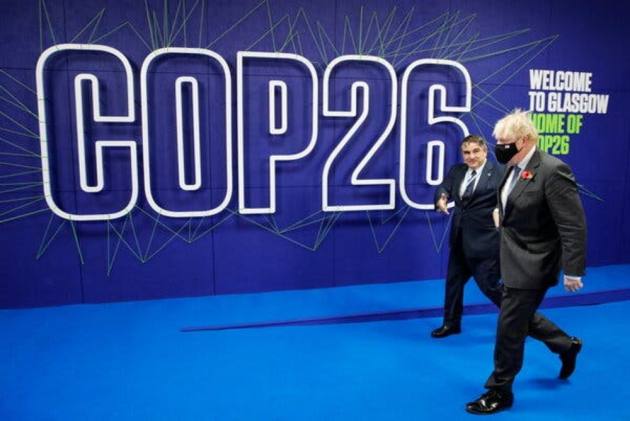 The debate around whether climate change is real was settled once and for all by the sixth assessment report (AR6) of the Intergovernmental Panel on Climate Change. The AR6 has already spelled doomsday for most living beings by the end of this century if the GHG emissions from the anthropogenic factors continue at the same pace.

Hence, the ongoing jamboree of world leaders at COP26 in Glasgow is touted to be the last chance for humanity to “stop climate change, before it stops us”, as United Nations’ Secretary-General António Guterres explained.

The biggest announcement from the platform so far has come from India, the third-largest contributor of GHG emissions, on its net-zero emission target by 2070.  Apart from this, it has also committed to reducing its carbon intensity to 45 per cent by 2030, while also targeting 50 per cent of its energy requirement coming from non-fossil fuels. India will also reduce 1 billion tonnes of carbon emissions from the total projected emissions by the end of this decade.

The Power Of Influence

The targets are ambitious enough. But they also reflect the immense pressure which was being mounted on the country by the developed side of the world, ignoring the ‘common but differentiated responsibility’ framework, which was agreed upon at the Earth Summit of 1992.

The US had already announced its target to achieve net carbon neutrality by 2050, while China, the biggest emitter will achieve it by 2060. However, all these numbers hide a grim reality.

To put things in perspective, let us look at the real performance. Put together, China and the US account for 38 per cent of the total global emissions, while India accounts for only 6.6 per cent of the emissions.

When we look at the per capita intensity of carbon emissions, based on the 2016 population, the developed countries are the biggest polluters. The US per capita intensity at 15.52 is about 8 times that of India, which accounts for 17 per cent of the world’s population. While China, home to the largest human population on the planet, has an intensity rate that is about 4 times of India. China went past the US’ emissions in 2005, and in the process became the factory of the world, making its economy the second largest; lifting millions out of poverty. However, the same couldn’t be true for India. We are still a $2.5-trillion economy with our per capita income still hovering in the lower-middle-income range.

The climate catastrophe being unleashed around the world affects everyone— the rich and the poor. We witnessed this when the temperature in British Columbia touched nearly 50 degrees Celcius in June this year, or when floods in Germany killed many.

However, the degree of impact of climate change will vary, with the poor and the marginalized being more vulnerable due to the lack of means of mitigation. Here the concept of climate justice and equity becomes relevant since it is the rich world that bears the historical responsibility for climate change.

The Green Climate Fund was created under the UNFCCC mechanism to address this inequity. The developed world was required to help the developing and the vulnerable world to transition to a low energy economy, thus cutting down their emission intensity, while also dealing with challenges posed by climate change.

Under the COP16 Accord of Cancun conference in 2010, it was agreed that $100 billion per year would be mobilized by the rich countries by 2020.

But, no surprises, the needle has not moved, with financing still being the most contentious topic of climate change mitigation negotiations.

So far, only $10 billion towards GCF have been contributed by the moneyed countries.

Yet, the strongest narrative remained around India being non-committal to zero-emission targets.

Despite its development path, India has laid out a clear roadmap for carbon neutrality, for the onus lies on us to bring justice to the future generation and ensure intergenerational equity. Now, the ball is in the rich world’s court. They need to deliver now for securing the tomorrow for future generations. In Greta Thunberg’s words: “We will be watching you”.