COP26 And India: How Digitalization Could Be The Gamechanger

The COP26 summit held in Glasgow last week was of critical importance to the human race. Countries reiterated their commitments to the Paris Climate change agreement and many of the countries improved over their previous commitments. 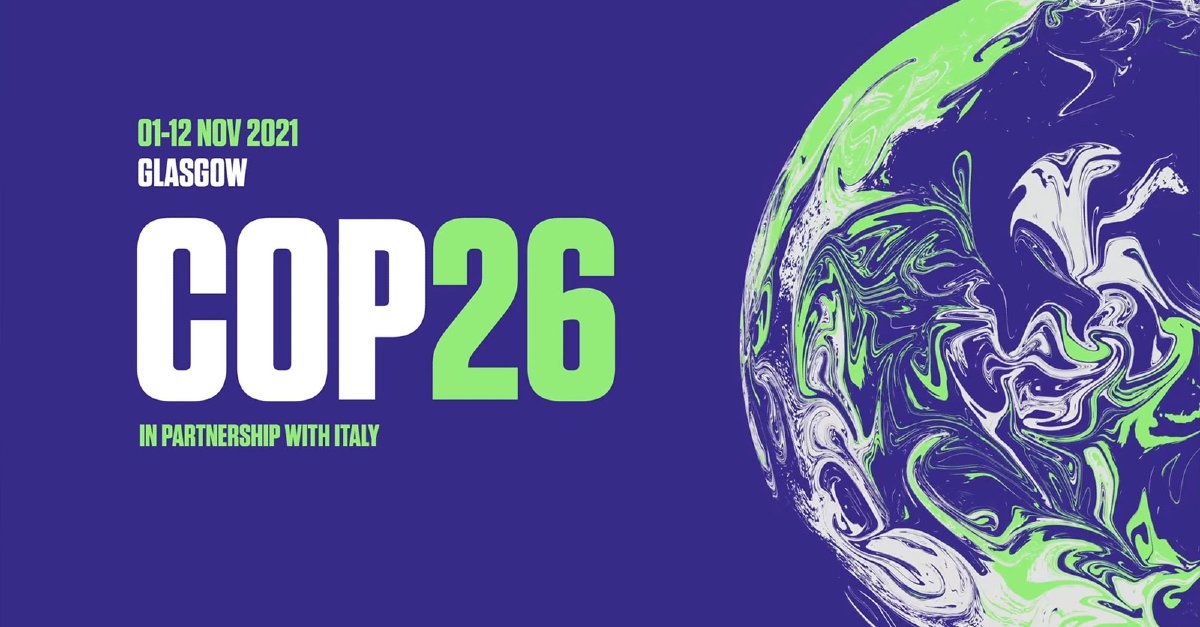 Nations of the world collectively acknowledged the tell-tale signs of climate change and came together to formulate and commit to a global action plan with concrete deliverables in 2015 under the Paris Climate Change agreement. The agreement targeted various deliverables including a committed effort to keep the global average temperature increase well below 2 degrees Celsius and to pursue efforts to limit it to 1.5 degrees Celsius above pre-industrial levels. However, the efforts have not been seeing much success since then. The two key reasons for the less-than-expected success were the lack of the technology transfer from the western world and the failure of the developed world to deliver on its decade-old promise of mobilizing at least US $100 billion every year from 2020. While some of the countries including India have taken a conscious decision to pursue the self-driven path of sustainability and ecological balance, the larger world has slowly been becoming more and more vulnerable to man-made events related to climate change. The threat of submergence looms large on about 570 cities of the world by 2050 and out of these 12 cities may belong to India alone.

In this perspective, the COP26 summit held in Glasgow last week was of critical importance to the human race. Countries reiterated their commitments to the Paris Climate change agreement and many of the countries improved over their previous commitments. India stood out in terms of undertaking various goals, some of which were overdue and some others being very inspiring and exemplary. India, despite having 17 per cent population, contributes only 5 per cent to global emissions. This point was profoundly brought out by Prime Minister Narendra Modi while presenting the world with ‘Panchamrit’ – the five solutions. The Panchamrit includes -

A deeper look into ‘Panchamrit’ would indicate that the success of these five goals would impinge on the implementation blueprint of the first one which is about achieving the target of net zero emissions by the year 2070. Net-zero basically refers to the equation of equilibrium between the greenhouse gases emitted into the ecosystem and the greenhouse gases being taken out of the ecosystem.

In the case of India the fossil fuel-based power generation, which is about 210 GW of coal-based capacity and about 65 more gigawatts under various stages of construction, is one of the key contributors to the greenhouse gases emission along with large fossil fuel-based vehicular load. On India’s strategic and conscious drive towards decarbonization through renewables augurs well to the cause. India has shown at least a clear commitment to transition from fossil fuel to green energy. Our current target is 225 GW renewables by 2022 with the next key milestone being the installed capacity to generate 450GW by 2030. This target of 450 GW now stands enhanced to 500 GW under renewed COP 26 targets.

The Central Electricity Authority’s projection indicated that the country would need to have an installed capacity of about 1130 GW by 2030. Further, the Centre for Science and Environment (CSE) has done a projection for the country’s energy mix for 2030 which shows that out of the required capacity of 1130 GW by 2030, the country will need to have solar energy installed capacity of 280GW and wind energy installed capacity of 140GW. The rest of the energy needs will come from nuclear. Similarly, the CEEW also estimated that solar capacity shall be ramped to 5,630 GW by 2070, and the wind capacity shall be 792GW by 2070. India must start swiftly moving to electric cars and to biofuels for heavier vehicles for meeting Glasgow targets. Similarly, it is expected that the industry may have to fast drive hydrogen as reliant fuel.

Heavier dependence on renewables, increased penetration of green energy in the grid and mass adoption of EVs cast a significant unbalancing threat to the grid. As we stand today, 70% of energy need in the country is met from fossil fuel, and the renewables other than hydro contribute to less than double-digit share in the energy sense. Meeting a commitment of 50% of energy from renewables would have significant grid balancing concerns on account of energy variability these sources bring to the grid, particularly in view of the fact that the share of hydro and gas-based energy has been dwindling in recent times. Further, more penetration of EVs would enhance local grid imbalances as our distribution network at the last mile is certainly not in the best of shapes.

The meticulous demand-side management of the grid based on granular demand-side data and building the digitalization components of the grid for having universal smart grid has to be the imperative requirement for meeting such steep commitments on decarbonization. The country has been positioning on the digital transformation of the grid for some time now. The biggest single commitment towards digitalization comes from the drive for smart metering and smart grid. India has very timely come out with Revamped Distribution Sector Scheme (RDSS) which has placed a financial commitment of more than 3 lac crores from the central government towards various digitalization initiatives. The country has already installed about 3 million smart meters and targets to install about 100 million meters by 2023 and complete transitioning to smart metering by 2025 had 250 million smart meters. The granular data coming from smart meters and deeper data analytics along with Artificial Intelligence (AI) tools shall provide the strong means in the hands of the grid operators to manage the demand side of the energy. The AI based intervention in the grid can help the management of energy peaks in the wake of variability issues of renewables and also shall solve the grid balancing requirements.

India’s renewed commitment under COP 26 shall trigger the massive wave of fast forward digitalization in the Indian grid, which provides a significant revenue upside for the Indian power sector. The digitalization process would also help plugging the ever-increasing losses of Indian Discoms leading to expected savings of about Rs 10 lakh crores and also have a massive further potential upside of revenue through value-added services based on big data analytics and AI initiatives.