Cryptocurrencies Under Cyber Threat; Vulnerability On The Rise

Even in the past, a few cases of hacking in the crypto realm have been reported. With the rise in investments in crypto, there is a growing concern of cryptos being under cyber threat. 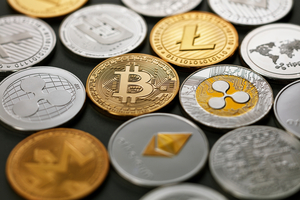 There has been a boom in cryptocurrency hacking and theft cases in 2021, and on an average the number of cases reported has increased by more than 40 per cent yearly, according to an analysis conducted by Crypto Head, which tracks information and writes guides about the cryptocurrency market.

Rise In Hacks In Recent Times

Grim Finance, a Decentralized Finance (DeFi) platform, informed on December 18, 2021, that it had been hacked, resulting in losses of nearly $30 million USD. This is the third hack in the last week and the fifth for the month of December, totaling over $600 million USD in losses, trmlabs.com reported.

“It is with heavy hearts that we inform you that our platform was exploited today by an external attacker roughly 6 hours ago. The attackers address has been identified with over 30 million dollars worth of theft here,” Grim Finance tweeted on Sunday.

Cryptocurrency exchange AscendEX tweeted on December 12, 2021, that a hacking has resulted in an estimated loss of $77 million following a breach of one of its hot wallets.

"AscendEX identified several unauthorised transfers from one of our hot wallets. A security response was initiated immediately. Cold wallets are unaffected and any impacted users will be reimbursed 100 per cent, " the exchange tweeted.

On December 6, 2021, Crypto-currency exchange BitMart said that hackers have stolen about $150 million worth of tokens from its "hot wallets," BBC reported.

Those affected, one storing Ethereum and one Binance Smart Chain tokens, "carry a small percentage of assets on BitMart and all of our other wallets are secure and unharmed", BBC quoted BitMart.

On the December 1 evening, decentralized finance platform BadgerDAO tokens stolen in the attack are worth about $120 million, blockchain security and data analytics Peckshield mentioned on Twitter.

Hackers stole US$600 million from PolyNetwork in what was likely to be the biggest heist in the history of so-called decentralised finance (DeFi) on August 2021, Deutsche Welle or DW reported.

PolyNetwork links said that hackers had exploited vulnerability in its system, which allowed them to access various digital ledgers and transfer funds away from the network to their own online wallets, DW added.

bZx, a crypto finance company informed in November 2021 that a hacker stole millions in various currencies after one of its developers fell for a phishing attack. SlowMist, an outside security company, estimated the total haul at $55 million, Business Insider quoted The Block, a crypto blog.

"Roughly 25 per cent of this figure is personal losses from the team wallet that was compromised," bZx said on Twitter, responding to The Block's reporting.

In the last some years, as per the data presented by Finaria.it, crypto criminals stole $1.9 billion in 2020, down from $4.5 billion in 2019. In 2018, cryptocurrency crimes hit $1.7 billion value, revealed CipherTrace's annual Crypto Anti-Money Laundering and Crime Report, reports Security Magazine, a business magazine for security executives.