Yearender 2021: Cryptos Gain Acceptance From Big Investors Despite Its Volatility

Cryptos remain volatile but big investors such as wealth managers, ETFs and other institutional investors are including cryptos in their portfolios. 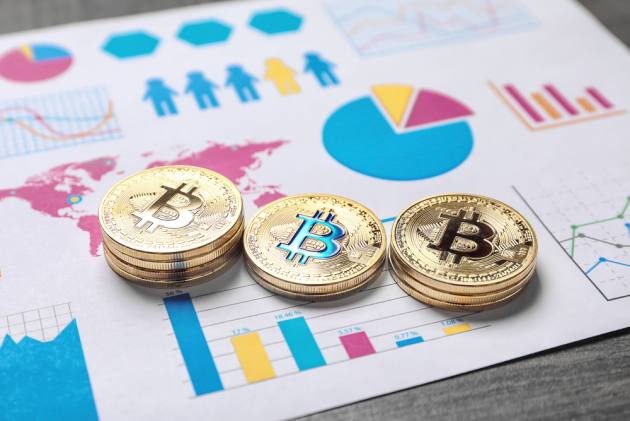 Time and acceptance are chipping away at the volatility of cryptocurrencies, say experts. Bitcoin, for instance, has been around for more than a decade. As an asset class, it is gradually inching towards maturity and wild volatile swings will soon be a thing of the past. In addition, there are many coins as of now and investors are driving prices based only on speculation. As investor awareness increases, the selection process will also improve, thus, reducing the role of speculation.

In the meanwhile, big investors have put their weight and expertise behind cryptocurrencies.

Acceptance has also strengthened due to the introduction of cryptocurrency exchange-traded funds (ETFs). Crypto futures ETFs have made a debut on the US markets with the ProShares Bitcoin Strategy ETF. Trading on the exchange started on October 19, 2021. It got an overwhelming response and at the end of Day 1 of trading, the futures ETF surpassed $1 billion in volumes to become the second-most traded ETF among all types of ETFs on its first day.

The success of the Bitcoin futures ETF is also due to the fact that it has something in common with more traditional investments—the brokerage accounts are protected by the Securities Investor Protection Corporation (SIPC). Australia’s regulator has also approved spot ETFs in Bitcoin and Ethereum.

The technical expertise, risk management, long-term money and stable ownership of big funds such as ETFs build confidence among other investors, including retail investors. “They move cryptos from exchange wallets to offline wallets, bringing down the supply available for selling, thus reducing price volatility,” says Gaurav Dahake, CEO and founder of Bitbns, a crypto exchange company.

ETFs are also a way to diversify portfolios without having to own the assets. “There has been good participation from Indian investors in BITO (ProShares Bitcoin Strategy ETF) once the ETF was available on our platform,” says Sitashwa Srivastava, co-founder and co-CEO of Stockal, a global investment platform.

As a new asset class, cryptocurrencies are volatile but offer higher returns on a risk-adjusted basis than other asset classes. “The volatility is similar to gold’s during the early 1970s when gold became a mainstream asset class. We should see less volatility, going forward, as we see more retail and institutional participation,” says Dahake.

The largest holdings of Bitcoin, for instance, are with MicroStrategy, a publicly-traded company that provides business intelligence and cloud-based solutions. Commonwealth Bank of Australia has recently announced that it may soon allow its customers (6.4 million) to buy, sell, and hold cryptocurrency directly through its app.

Cryptocurrencies are finding their way into the portfolios of wealth managers and fund managers whose decision to invest is driven by long-term capital growth prospects, high returns, endorsement by peers and beating inflation. “Traditional industry had shown resistance in accepting crypto coins but they are now seeing them as a good way of diversification. As more people of ‘more’ influence come in, acceptance will increase,” says Srivastava. Unlike day traders, institutional investors hold a long-term view of the asset class they choose to invest in, adds Chandra.

Many large investors are taking slow but steady steps towards making sizable investments in cryptocurrencies, but it’s not yet time to bring out the bubbly. For one, the legal framework around cryptos is nascent. As the government focuses on regulating crypto trade, businesses will see productive use of crypto and blockchain emerge. In India, further regulations are expected to come out in the near future, a move much needed for the sake of users’ security, the industry’s growth and to prevent money laundering and terror financing.

Cryptocurrencies remain a highly volatile asset class but sparks of stability in Bitcoin could be an indicator of what’s in store. Until that happens, it is advisable that retail investors look at cryptocurrencies only as a fringe investment and invest only as per risk appetite.