Demonetisation: What Happened In The Hours Before Narendra Modi’s Announcement

The year was 2016, the day, November 8, and everyone thought it was just another RBI board meeting. As usual, the finance ministry, the nerve-centre of economic policy-making in India, was teeming with journalists, but no one, including most bureaucrats, knew what was about to ensue. Here’s what happened in New Delhi in the hours before PM Modi addressed the nation yanking off high value currency notes from circulation. 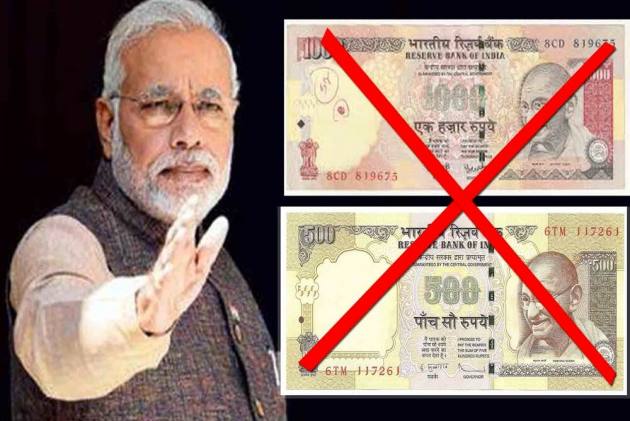 As Urjit Patel walked into North Block, the colonial building that houses India’s finance ministry, waiting reporters did not even mob the then RBI governor. Patel, unlike his predecessor, Raghuram Rajan, was not media savvy and the reporters had no idea why he had flown down from Mumbai that day. The year was 2016, the day, November 8, and everyone thought it was just another RBI board meeting. As usual, the finance ministry, the nerve-centre of economic policy-making in India, was teeming with journalists, but no one, including most bureaucrats, knew what was about to ensue.

An RTI later had revealed that the demonetisation decision was taken in the RBI board meeting at 5:30 pm on November 8, 2016. The decision was then vetted by the Cabinet. Highly placed sources within the government have revealed how apart from a select few, even senior Cabinet ministers had no clue why a meeting had been called. In fact, to stop any leak of this sensitive information before Prime Minister Narendra Modi announced it to the nation at 8pm, all cabinet ministers and officials were asked to switch off their mobile phones before entering the meeting.

“When I went to the cabinet meeting, I had no idea such a big move would be announced. The finance minister winked at me and smirked. That’s when I realised something is on,” union minister Piyush Goyal had revealed a month after the surprise move by his government, at a media event in the capital.

Within the government, very few, including the then finance minister, Arun Jaitley, the finance secretary, the RBI governor and a select few in the Prime Minister’s Office knew about the decision to scrap Rs 500 and Rs 1000 notes.

For journalists covering business and finance in New Delhi and Mumbai, the day had begun with rumours of RBI printing new currency notes, but the news cycle took off very late at 8 pm, as Modi started his now-famous address to the nation. And its not only the media, prominent bankers were caught unawares, as well.

The then public-sector and private bank chiefs have revealed how they had no idea that such a massive policy decision had been underway. It was after banking hours and for most of them, it was friends or colleagues who prompted them to the television address by Modi.

“I was at a party that evening. I had no clue about demonetization. Our media department had sent a memo late that evening saying the Prime Minister will address the nation, but I thought I will read it in the newspapers the next morning,” said a retired banker, who headed a public-sector bank in 2016. He spoke on conditions of anonymity.

But to their relief, the bankers found their currency chests stacked with brand new Rs 2000 notes, the next morning when banks reopened. They knew the quantity would not be enough, as queues started swelling outside their branches from the morning of November 9, but they were assured of all assistance from North Block and RBI. The rest, as they say, is history.