For now, the downward manipulation fuels speculative bubbles in asset markets; it encourages firms to engage in investments that will most likely turn out to be flops. 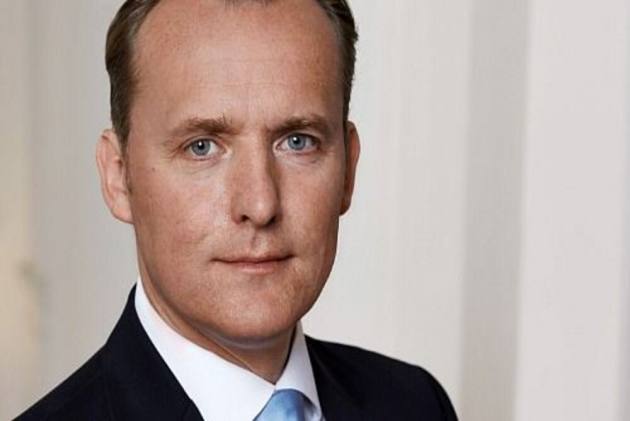 We are living in Interesting times. In the 5,000 years of the monetary history of mankind, taking debt has never been so easy and so cheap. The world is swarming in debt and, globally, over $14 trillion of debt is negative yielding.

To understand what is behind this sea of debt and the facade of debt-led boom and prosperity, Outlook Money speaks with renowned economist, Dr Thorsten Polleit, Professor at University of Bayreuth, Germany.

Here are the edited excerpts:

In the last four decades, interest rates have consistently shown a declining trend. Global bond yields peaked in 1981 after which yields declined. What are the reasons behind it?

I would think of at least three reasons. First, in the early 1980s, people realised that the costs of inflation, caused by central bank policies in many countries around the world, were simply too high. The central banks were formally made “politically independent”, and they were mandated to keep consumer goods price inflation at relatively low levels.

This helped reduce inflation expectations, which send bond yields lower. Also, as the economies became wealthier, people’s time preferences came down, their future orientation increased, and this translated into lower real interest rates. However, there has been another force at work: the fiat money regime. In the fiat money regime, central banks, in close cooperation with commercial banks, increase the quantity of money through credit expansion. That means they create new money out of thin air.

In practice, this means, that rising demand for credit can be accompanied by corresponding credit supply. And if credit supply exceeds credit demand, the market interest rate goes down. Simply speaking, this is what has been going on for decades. The inflationary effect resulting from the relentless increase in the quantity of money has pushed consumer goods’ prices higher, but it has, in particular, inflated asset prices – that is the prices for, say, stocks, bonds, real estate, etc.

That said, actual price inflation, that is the “true” loss in the purchasing power of money, was much higher than what official consumer goods price statistics have been suggesting. But because people have been trained, or brainwashed, to think inflation will be measured by consumer goods price indices, bond yields remained relatively low, they did not compensate the investor for the “true” loss in money’s purchasing power.

Do you think central banks around the world are suppressing interest rates and manipulating capital markets (both bond and stock markets). If yes, then what would be the consequences of such suppression and manipulation going forward.

For now, the downward manipulation fuels speculative bubbles in asset markets; it encourages firms to engage in investments that will most likely turn out to be “flops”; it makes consumers live beyond their means; it lets consumers, firms and, in particular, governments run into debt.

Economic textbooks teach that more debt is bad and debt boom may lead to an upward trend in yield. But in the practical world, we are seeing the opposite trend. What explains this anomaly? Under which circumstances could it end?

Let me start by saying that debt isn’t necessarily a bad thing. If an investor has a great investment project but is short of funds, credit financing makes it possible to realise his productive endeavour. It makes the borrower as well as the creditor better off.

Also, the general public benefits if the new investment increases goods production and results in more jobs. In today’s fiat money regime, credit expansion is problematic, as it necessarily causes overconsumption and malinvestment, and the initial boom turns into a bust at some point. In fact, the fiat money regime puts economies on an unsustainable path.

It is indeed awkward that the rise in the overall debt-to-GDP ratio all over the world has been accompanied by a decline in short- and long-term interest rates. I would argue that this phenomenon can also be explained by the workings of a fiat money regime that enjoys a great deal of confidence among the public. Central banks’ expansionary monetary policy provides virtually any amount of credit, at suppressed interest rates.

As long as people have confidence in central banks’ “monetary machinations”, the rise in the debt pyramid can be accompanied by a decline in interest rates.

However, it is fair to say that what we are seeing today is quite “unnatural”. Central banks more or less dictate interest rates and underwrite financially overstretched borrowers. I am inclined to say that capital markets are manipulated like never before. Without central banks’ market intervention, it is quite likely that the global debt pyramid would come crashing down. Of course, this is not a solution.

It is not just kicking the can down the road, it will make things worse. For instance, in the middle of 2007, the global debt-to-GDP ratio was 277 per cent, while in the middle of 2021 it stood at 353 per cent. The finding that the debt load increases overtime shouldn’t come as a surprise. It is the inevitable result of the fiat money regime. I do not know when the fiat money regime gets out of hand. But I am pretty sure it won’t end well.

Over $14 trillion bonds are now yielding a negative return. In your view, when will the debt markets return to normalcy?

Never say never, but I am inclined to think they won’t return to “normality”. Financial repression is here to stay. Nominal short- and long-term yields may return into positive territory. But I doubt that real, that is inflation-adjusted, yields will become positive again. Central banks have started to ramp up price inflation. The “inflation tax” is supposed to bring down the debt burden in real terms.

The question is not “Will there be inflation?”, the question is “How high will inflation go, and how long will it last?” Policymakers seem to think that they can get away with letting price inflation drift “somewhat” higher while telling people higher inflation would just be “temporary”.

This is, however, a rather dangerous path to go down. If and when people realize that they have been cheated, a flight out of the currencies sets in, and that, in the extreme case, could trigger a rather painful crisis, even put an end to the fiat money regime.

For the time being, I think that fixed income instruments, as far as buy-and-hold strategies are concerned, are not the place to be. Yields do not compensate the investor for inflation or credit risks. I would imagine that asset price inflation will continue, driving stock and housing prices higher, as central banks won’t abandon their inflationary course.

Despite QE (quantitative easing) being in full swing, why did the price of gold come down since August 2020? What's your view on gold and precious metals?

Well, gold traded at around $1,450/oz towards the end of 2019. It went up to a record of $2,050/oz last summer, a rise of 41 per cent. Since then, it has corrected, and it currently hovers around $1,800/oz. I think the gold price performance since August 2020 can be explained by central banks had put a “safety net” under financial markets.

As a result, investors’ risk aversion declined, the demand for gold as a “safe haven” asset fell, and so did the price of the yellow metal. Looking ahead, however, there are quite a few good reasons to be optimistic about gold.

Physical gold and silver provide investors with an opportunity to hedge their capital against the inflationary machinations of central banks. The quantity of these precious metals cannot be increased at political expediency or debased like official currencies like the US dollar, euro, Chinese renminbi, Indian rupee and others. This means that physical gold and silver should be able to avoid the fate of permanent devaluation.

At the same time, however, the investor must be patient when holding physical gold and silver. As the recent past has shown, the price of gold and silver can be subject to substantial gyrations in the short run, and it is no guarantee that their prices will steadily move upwards over time.

In fact, the numerous market interventions by central banks, which have now become “standard practice”, may lower investor “safe haven” demand for physical gold and silver, potentially causing periods of “counterintuitive fluctuations” of their market prices.

However, if the investor manages to obtain gold and silver at an attractive price (that is, by buying them when almost everyone else is selling, for example), these metals can be seen as insurance against the whims of central banks’ inflationary policies, providing the investor with a considerable upside price potential in a period when the going gets rough.

In such times, the holders of gold and silver may have a “last line of portfolio protection” or even take the chance to convert high-priced precious metals into undervalued assets, thereby increasing their return on capital.