Dr KK Aggarwal: Died, In The Line of Duty

Dr. KK Aggarwal spent most of his time during the pandemic posting educational videos and helping the needy before succumbing to the deadly virus on May 17 this year. His legacy, however, lives on 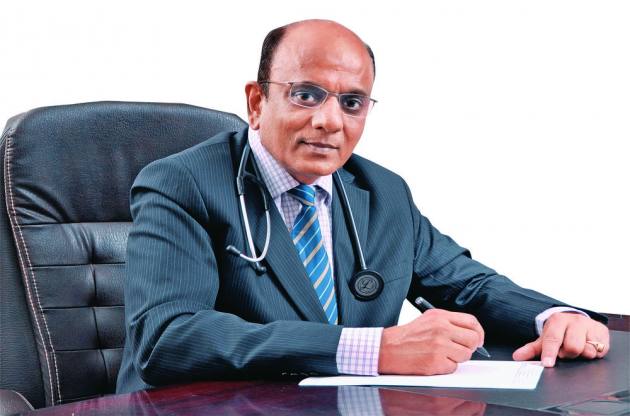 As the second wave of Covid-19 ravaged the country, stealing people of their loved ones and hope, several superheroes emerged from ordinary citizens as well as big corporations to help the country grapple with the unprecedented crisis. We bring you stories of people like late Dr KK Aggarwal who spent most of his time during the pandemic posting educational videos and helping the needy before succumbing to the deadly virus on May 17 this year and how the show had to go on for aviation professionals even when the deadly second wave had impacted their own lives. These and more are part of Outlook Business’ Anniversary issue about 21 change makers who helped shape 2021. Read on.

“Everyone says that they were so close to him. I’d wonder how 5,00,000 people could be so close to one man. Kids called him ‘Nanu’ and ‘Dadu’. I don’t know where he found time for all of that.” Naina Aggarwal’s voice trails off as she paints a picture of her late father, cardiologist Dr. KK Aggarwal, who gained widespread popularity during the pandemic through his frequently-posted videos on social media platforms in which he answered COVID-related queries and held talks about various aspects of the disease and its management. “For him, it wasn’t about ‘let’s go out and party’. His work was really what he wanted to do,” she continues.

Also Read: The Joy Of Giving

An eminent doctor and a former president of the Indian Medical Association, Dr. Aggarwal passed away May 17 this year following a long tussle with COVID-19. While he has led a multihyphenated life dedicated to public health, the Padma Shri awardee became a much familiar face after the pandemic struck. This can be attributed to his active social media presence and the 11,000-odd videos around COVID-19 awareness that he posted across platforms like Facebook, YouTube, Twitter and Helo.

Soon enough, his videos were hitting seven-eight million views and by March April this year, he was clocking 20 million views per month across platforms. From regular COVID-19 updates, tips and health education shows, this vaccination video and even the results of his CT scan weeks before he succumbed to the virus — he shared everything with his audience.

Naina relates a specific remark that he had made last year — ‘You think this is the worst, wait till April next year’ — “That’s exactly what happened,” she says, adding that he had started researching about COVID-19 right in January 2020 as the first few cases were reported internationally. He would send updates to about two lakh doctors through his newsletter eMedinewS. “He was the kind of man who wanted to learn more and see what impacted the society from a heath standpoint,” says Naina.

For Dr. Aggarwal, the first wave was mostly spent in educating the masses and healthcare professionals alike. But as the second wave rolled in, the 62-yearold doctor, started spending 12 to 13 hours a day online, answering patient queries over Zoom calls in addition to creating videos for the social media. That was a massive shift from the 4-5 hours he’d spend a day during the first wave. Such was the influx that the Zoom platform would crash every two hours with thousands of people trying to log in at the same time. He also did free health darbars, consultations and educational seminars.

But with panic at an all-time high, he had to form a team of 10 doctors to help him out along with his wife Dr. Veena Aggarwal, who was also attending to patients. Being a PR professional, Naina helped him out with communication and also doubled up as a team member screening the patients. The ones he was treating were guided by him and became his health educators, extending help to their own communities.

“He loved the digital space. He saw its potential and realised that’s how you reach the masses, especially from the perspective of making an impact,” says Naina.

He would do four to five hour long Facebook lives in a day along with other educational videos. Special sessions for the week would also be slotted — Thursdays for teachers and Fridays for nurses. Being the 37th president of Confederation of Medical Associations in Asia and Oceania (CMAAO), Saturdays would be for meetings with members from 17 other nations on best COVID-19 practices. He would then pass on the learnings to the Indian stakeholders—policymakers, health activists, doctors and members of the COVID-19 taskforce through round-table discussions.

Even the night before he was shifted to the hospital, he was still seeing patients till about 12 am. “That’s how he functioned… He was a people’s person,” says his daughter, adding that some of his last words were instructions on how his work must continue and people shouldn’t suffer as he had already set everything up at the back end and everyone now knew how to run things.

“For us, his legacy and work lives on. That’s what he wanted,” says Naina. Dr. Aggarwal always wanted people to benefit from his knowledge. For three decades, he ran many a public awareness drive through his NGO Heart Care Foundation of India. In 1993, in association with the Delhi government, he had started an initiative called the Perfect Health Mela which used entertainment to impart health education. The 28th edition was held online in September. He used to raise PILs and argue them himself. He had trained close to 2 lakh people — general public and the Delhi Police force — on the hands-only CPR technique for emergencies. More people are being trained today.

The NGO also used to fund heart surgeries for the underprivileged. That has continued. The online health education sessions are also on with his team of doctors shouldering those. ‘’We’ve been working since the day after he died.

There has been not even one show that has been missed,’’ she adds. He was also deeply passionate about the environment and had adopted several parks for restoration, one being a barren land next to his office in Delhi. “Today, it’s one of the prettiest parks you’ll see around,” says Naina.