Former RBI Governor's remarks were in response to a query on whether he was in favour of reviewing the 2-6 per cent target band for inflation under the monetary policy framework. 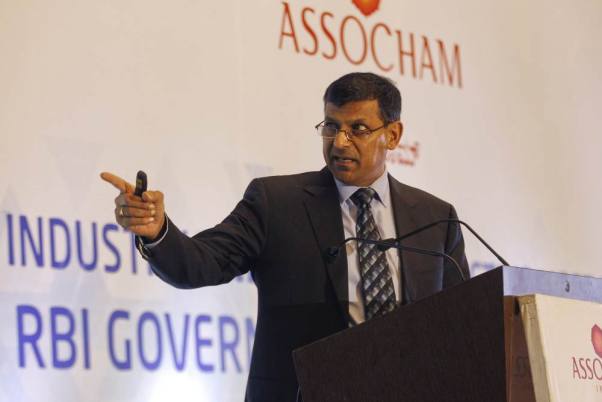 As the economy slowly comes out of the pandemic blues, former RBI Governor Raghuram Rajan on Sunday cautioned that "drastic changes" in India's monetary policy framework can upset the bond market as the current system has helped in containing inflation and promoting growth.

Rajan, also a noted economist, opined that the government's ambitious target to make India a USD 5-trillion economy by 2024-25 was "more aspirational, rather than a carefully computed one even before the pandemic".

"I believe the (monetary policy) framework has helped bring inflation down, while giving the RBI some flexibility to support the economy. It is hard to think of what would have happened if we had to run such large fiscal deficits without such a framework in place," Rajan told PTI in an interview.

His remarks were in response to a query on whether he was in favour of reviewing the 2-6 per cent target band for inflation under the monetary policy framework.

The Reserve Bank of India (RBI) has the mandate to maintain retail inflation at 4 per cent with a margin of 2 per cent on either side. The central bank's six-member monetary policy committee (MPC) headed by RBI Governor decides on policy rates keeping this target in mind.

The current medium-term inflation target, which was notified in August 2016, ends on March 31. The inflation target for the next five years starting April 1 is likely to be notified this month.

Against this backdrop, Rajan said, "We risk upsetting bond markets if we make drastic changes in the framework".

"I think the framework has been beneficial in bringing down inflation, I don't think it has been costly in slowing growth, and this is probably the wrong time to make drastic changes," he pointed out.

With the government embarking on substantial borrowing plans to boost the coronavirus pandemic-hit economy, there are concerns among certain quarters about the overall financial health, and bond yields have also been on an upward trajectory.

About reform measures, Rajan said that while the 2021-22 Budget has placed a lot of weight on privatisation, the history of the government delivering on this is checkered, and he wondered how it will be different this time.

He pointed out that in the latest Budget, laudably, there is more transparency about the true extent of spending, as well as a degree of conservatism about budget receipts that has not been seen in recent budgets.

However, Rajan opined that the budget is less clear about revenue raising and the financial sector actions. The slow projected pace of fiscal consolidation could have been made more feasible by credible measures such as a fiscal council and a debt target, he added.

The government has budgeted Rs 1.75 lakh crore from stake sales in public sector companies and financial institutions, including 2 public sector banks and one general insurance company for the next fiscal beginning April 1.

Rajan, currently a Professor at the University of Chicago Booth School of Business, noted that the budget says little about what it will do for the poor and the unemployed.

"It also continues the process of raising tariffs. At a time when global demand is rising because of the huge spending in the West, we need to be positioned to export... Raising tariffs is not a sensible way to do this," he said.

About the proposed privatisation of two banks, Rajan said there is very little detail on how this will be done.

"I think it would be a colossal mistake to sell the banks to industrial houses," he said, adding that it will also be politically infeasible to sell any decent-sized bank to foreign banks.

The former RBI chief said that perhaps one of India's private banks may be in a position to acquire a public sector bank, but he is not sure whether they have the appetite.

Regarding India's current macroeconomic situation, he said when the economy shrinks 8 per cent, as it did in fiscal 2021, any rebound because of the end of lockdown coupled with ordinary growth and some pent-up demand can make the subsequent growth numbers look extraordinary.

"Virus willing, we will definitely see a huge rebound in growth in 2021-22. We have to be careful in interpreting it, though.

While pointing out that India was in a tough situation before the pandemic because of slowing growth, Rajan said that with a tightening fiscal space, the pandemic has made matters worse by hitting economic activity, worsening the fiscal condition and the plight of small and medium firms and the poor.

The International Monetary Fund (IMF) has projected the Indian economy to grow 11.5 per cent in 2021-22 while the RBI has pegged growth at 10.5 per cent for the same period.

"The Prime Minister can use it to motivate people but policy makers need to base plans on a more realistic sense of where we are. I presume they are doing so," Rajan said.

On the government's proposed asset reconstruction company and asset management company, Rajan said with the new 'bad bank', the devil is in the details.

"If its management has proper incentives, independence and adequate capital, it can improve the restructuring of bad assets significantly.

"Poorly designed, the bad bank will just shift bad loans from one pocket of the government to another," he argued.

"Whether it needs another asset quality review (AQR) to do this, I don't know, but I certainly think the government should prioritise this issue," he opined.

"The low amounts set aside to capitalise PSU banks in the budget, despite the alarming rise in NPAs predicted by the RBI, indicates it needs to give this issue more weight," Rajan said.