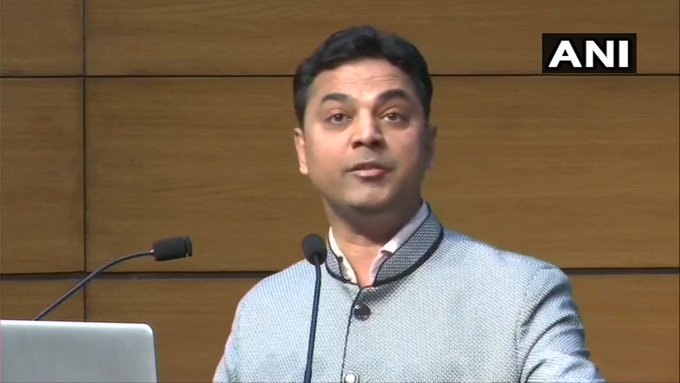 Chief Economic Adviser K V Subramanian on Friday said India's GDP is expected to grow at 6-6.5 per cent next fiscal as the economic slowdown has bottomed out.

As per the first advance estimates released by the National Statistical Organisation (NSO), the country's economic growth is likely to hit an 11-year low of 5 per cent in the current fiscal ending March 2020.

The Indian economy has hit the bottom and it will see an uptick from here, he said in a media briefing post the Economic Survey.

Amidst a weak environment for global manufacturing, trade and demand, the Indian economy slowed down with GDP growth moderating to 4.8 per cent in the first half of 2019-20, lower than 6.2 per cent in H2 of 2018-19.

Based on NSO's first advance estimates of GDP growth for 2019-20 at 5 per cent, an uptick in GDP growth is expected in the second half of the fiscal, it said.

According to it, the uptick in second half of 2019-20 would be mainly due to ten positive factors like picking up of Nifty India Consumption Index for the first time this year, an upbeat secondary market, higher FDI flows, build-up of demand pressure, positive outlook for rural consumption, rebound of industrial activity, steady improvement in manufacturing, growth in merchandise exports, higher build-up of foreign exchange reserves and positive growth rate of GST revenue collection.

The survey also emphasised that merger of public sector banks may increase the financial strength of the merged entities, lower the risk aversion and result in lowering of lending rates.

Further, as the implementation of GST further settles down, the increased unification of the domestic market may reduce business costs and facilitate fresh investment.