The main focus of the Economic Survey 2019-20 is in keeping with the Prime Minister Narendra Modi’s vision of India becoming a $5 trillion economy by 2024-25. 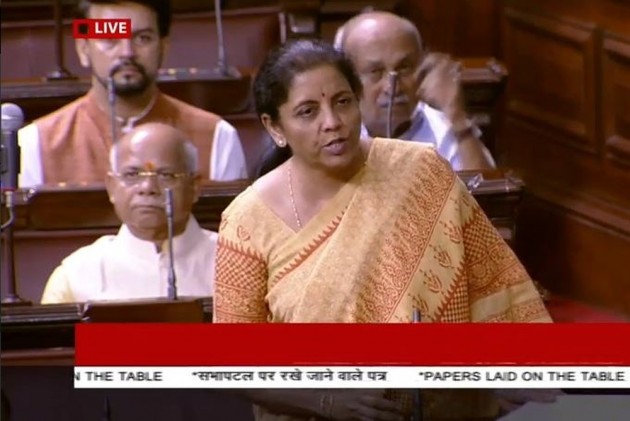 Chief Economic Advisor Dr KV Subramanian’s first Economic Survey makes the case for a holistic approach to growth, jobs and exports moving away from the traditional view of striving to address each as separate problems.

The traditional view often attempts to solve job creation, demand, exports, and economic growth as separate problems, says Subramanian in the report presented in Parliament by Finance Minister Nirmala Sitharaman on Thursday. Stating that these macro-economic phenomena exhibit significant complementarities, therefore enhancing the same enables simultaneous growth in each of the other macro phenomena.

The Survey cites the example of China which logged high GDP per capita from 1980 to 2017 and “crucially, we note that all the three macro-variables increased as the country became richer”.

Arguing for a linked approach to boost growth, jobs and exports, the Economic Survey emphasises that while investment drives demand, creates capacity, increases labour productivity, introduces new technology, allows creative destruction, and generates jobs, exports must form an integral part of the growth model because higher savings preclude domestic consumption as the driver of final demand. Similarly, job creation is driven by this virtuous cycle. While the claim is often made that investment displaces jobs, this remains true only when viewed within the silo of a specific activity. When examined across the entire value chain, capital investment fosters job creation as the production of capital goods, research and development and supply chains generate jobs.

The Survey moots a “self-sustaining virtuous cycle” with MSME-friendly policies “to create more jobs and become more productive, reduce the cost of capital, and rationalise the risk-return trade-off for investments” as the key ingredients.

In contrast, when the economy is in a “vicious cycle”, moderation in these variables dampens each other and thereby dampen the animal spirits in the economy.

The main focus of the Economic Survey 2019-20 is in keeping with the Prime Minister Narendra Modi’s vision of India becoming a $5 trillion economy by 2024-25, for which the country would need to have a sustained real GDP growth rate of 8%. After recording a 6.8 per cent growth in 2018-19, the Survey has projected a higher growth of 7 per cent in 2019-20. But much depends on how the crucial summer monsoon fares as it has a direct bearing on agriculture growth and consumer sentiments across the nation.