Thakur said the country's foreign exchange reserves, which have been steadily increasing over the last few months, had touched all time high at USD 590 billion in January 2021. 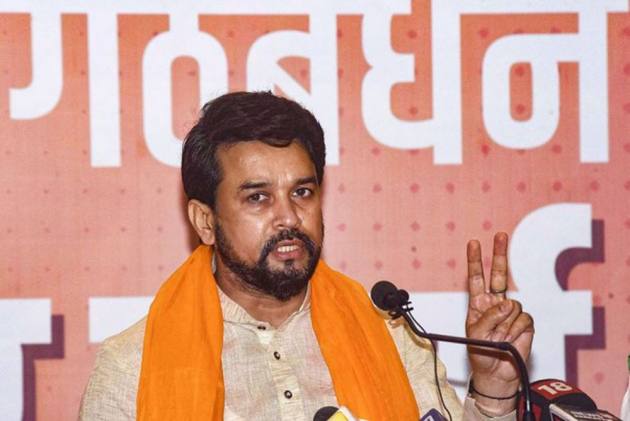 Minister of state for finance and corporate affairs Anurag Thakur on Saturday said that the country is already looking at a 'V-shaped' recovery and there are green shoots visible in various sectors of the economy.

While addressing a virtual conclave organised by the Institute of Actuaries of India, Thakur said, "India is already looking at 'V-shaped' recovery. Along with the green shoots in various sectors, in the month of February, FPI inflows were Rs 25,787 crore".

After two consecutive quarters of contraction, the country's gross domestic product (GDP) entered into a positive territory with a growth of 0.4 per cent in the October-December quarter of the current fiscal, according to the data released by the National Statistical Office (NSO) in February.

Thakur said the country's foreign exchange reserves, which have been steadily increasing over the last few months, had touched all time high at USD 590 billion in January 2021.

He said the accretion to the forex reserves in the last eight month was USD 100 billion.

"These are signs of confidence that the global funds and investors look at India as a destination to invest and they are bullish about India's growth story," Thakur added.