When most other OTA players were cutting costs and firing people, ixigo hired a team of 50 customer-care executives to attend to its customers during the first phase of the lockdown. Result: the portal’s sales volumes surpassed pre-Covid levels in Q3 of 2020 due to immense word-of-mouth publicity. Group CEO & Co-founder Aloke Bajpai talks about what has kept ixigo going. 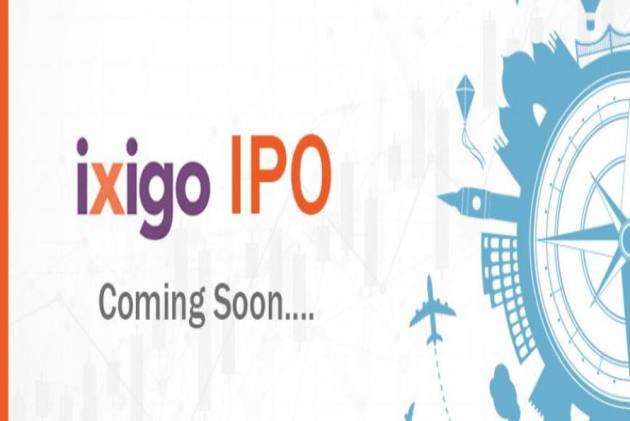 Ixigo, one of the key online travel agencies (OTA) in the market, has maintained a low profile but ensured a slow yet steady growth over the years. The portal, which has been in the news after filing a Rs 1,600-crore DRHP in August this year, has come a long way since being bootstrapped for the first five years of existence. The IPO will help it gain wider capital pools, and nullify the possibility of liquidity constraints in the future. If cleared by SEBI, it will be the fourth Indian company of its kind to become public.

But the road to achieving deep penetration among the next billion user market and stability hasn’t been easy for the travel portal. “Being one of the least funded players in the category, we were very frugal in our approach. We didn’t spend much on advertisements and didn’t offer discounts. Rather, we focused on giving more detailed and accurate information to our customers than our competitors,” says Aloke Bajpai, Group CEO and Co-Founder, Ixigo.

Surviving during the pandemic wasn’t as difficult for ixigo, which had some experience in handling a crisis – the global financial meltdown in 2008. “Even then, we didn’t fire anyone. We reduced costs, took salary cuts, and survived,” says Bajpai.

As the pandemic struck, the company instead of firing people went for voluntary pay-cuts and reduced other costs. Once the travel bans were lifted in June, the company was able to restore everyone’s salary by August “We also gave a round of appraisal in September and deeply discounted ESOPs. In fact, we gave away about 2% of the company (in terms of value) last year,” adds Bajpai.

During the pandemic, to handle the high volume of customer concerns, ixigo hired a team of 50 people to attend customer calls. “There was a time when for a week, everyone in our team was doing customer support including myself. But we made sure that we called back every customer and solved their query.” That wasn’t all. The company also had to crowdsource about Rs 40-50 lakh from its employees to put in its payment gateway account as it ran out of money because of heavy cancellations.

It’s that empathy and trust that ixigo has built over the years. “If you help people during a crisis, they always remember you and trust your brand,” says Bajpai.Such measures helped the portal surpass its pre-COVID sales volume in the third quarter of 2020. It also added a lot ofcustomers from the tier 2 and tier 3 cities with many adapting to the digital mode of transactions. “We saw more resilience coming from those markets,” says Bajpai.

Bootstrapped for the first five years of its existence, ixigo went for its first round of funding after that.

“In today’s world, people would raise 5-6 rounds by them. In those days, it was much harder to raise money as there were very few investors,” says Bajpai laughingly. What differentiated ixigo from its peers was it resolved issues that no one was looking at – particularly in the train segment. Between 2013 and 2017, the company came out with a bunch of utility features, which helped it grow rapidly.

Ixigo was one of the first players to launch innovative AI-based data-driven features, such as a multilingual, voice-based travel assistant (TARA), live running status, Siri shortcuts, and an AR feature, which allows train passengers to locate their coach positions at more than 7,000 railway stations across the country.Also, its focus on the next billion user market – train-first kind of users – also proved to be a good opportunity to penetrate deeper.

“We never really spent much on marketing – you would not have seen us going with any Bollywood celeb or a cricketer. But we did a lot of quirky video marketing. So, we were building a brand very slowly instead of pushing it through your face,” says Bajpai.

The company also acquired Confirmtkt and AbhiBus two start-ups – this year through its two rounds of funding. Even after the IPO, the company plans to take measured bets. “We will take steps to deepen our penetration among the next billion users and see how we can expand our verticals. We will continue to invest in technology and bring in a good team of engineers because we do a lot of AI/ML work. Plus, we will continue our growth trajectory by investing in the brand and the product,” says Bajpai.