So Many People Wouldn’t Be Online If There Were No FB, Insta And WhatsApp, Says Meta’s Ajit Mohan

We have more than 434 million users on Facebook in India. And, as per the numbers disclosed over the last few years, we are growing equally in Facebook, Instagram and WhatsApp, Ajit Mohan said.

Ajit Mohan, Vice President and Managing Director, Meta India talks to Outlook Business about Meta’s focus in India, what the company is doing to handle hate speech and related content, the growth of its apps in India and the nuances of its mega deal with Jio.

Facebook started off as a great tool for people to connect with friends and family. Now, your evolution means your algorithm will prioritise commercials over individual posts. How do you see these two strategies marrying each other?

I don’t think we prioritise commercials. The maximising function of the algorithm is how to produce relevant content for an individual. Our bet was on people seeing content from friends and family rather than from public sources—even if they are going viral. People do see ads on the feed but there are very strong policies on what kind of ads marketeers can put up. There are very tight numbers of ads that a particular user can see. Consumers have never complained about it for two reasons – may be they understand that it is because of the ads that we have been able to keep a very useful service free for everyone, and second is the power of personalised ads. It’s the same ad engine that drives ads on both Facebook and Instagram. Users don’t see it as a disturbance to the experience. They see it as an addition to the experience.

With people at its heart, Amazon echoes Make in India

Free Basics, the plan that Facebook wanted to succeed in India, had to be shelved following allegations of monopoly. Reliance, too, has a history of creating monopolies in the segments it operates in. Do you think your deal with Jio can bring back similar accusations for both the companies?

There isn’t much connection between the two. For us, the principle of neutrality remains. I think when we announced the investment in Jio a year and a half ago, we also announced the partnership between WhatsApp and JioMart. We enabled the digitisation of the kiranas stores in India and to make it easy for people from across the country to order from these shops, we didn’t make the partnership exclusive. So, it doesn’t prevent either Jio or Meta, as companies, from working with others.

Also Read: We Are More Indian Than Anyone Else, Says IBM India MD Sandip Patel

Also, the partnership was approved by the Competition Commission of India which is the agency that ensures that competition remains intense in the market. If you look at any segment in India—commerce, social media, messaging—there is competition everywhere. If anything, this is an opportunity for commerce to go deeper in India and for a lot more people to benefit from online commerce than in the last few years.

Some reports suggest that youngsters are weaning off social media. Do you see a saturation point for the Facebook app and perhaps a bigger growth momentum for Instagram and WhatsApp?

We have more than 434 million users on Facebook in India. And, as per the numbers disclosed over the last few years, we are growing equally in Facebook, Instagram and WhatsApp. The propositions of the three apps are very different—for WhatsApp, the promise is of private messaging, for Facebook it is the promise of connecting with people and for Instagram, it is about following interests.

The distinctness of the proposition is relevant as newer players are coming into the internet. So, when you ask me if the growth of Instagram is happening at the cost of Facebook or if one is not growing as much as the other, the answer is no. 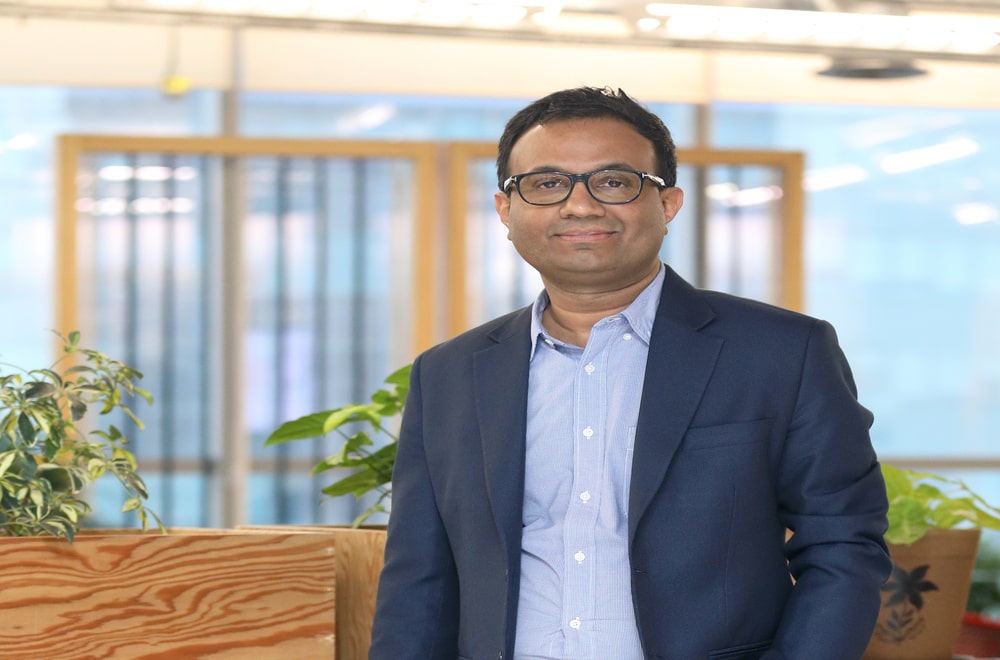 As per your website, Facebook disabled more than 1.3 billion fake accounts between October and December of 2020. How did your system allow so many fake accounts to be created before they were caught? How are you dealing with this problem?

When we disclose fake accounts being taken down, it doesn’t mean that those accounts have been around for months and years. The algorithm invariably picks up fake accounts, often within minutes and hours of them being created. Many of these accounts are taken down instantly or as soon as they exhibit a behaviour that allows us to recognise that they are fake or spam accounts. In the area of safety and security, we have made an investment of $13 billion since 2016 with $5 billion coming in this year alone.

Our community standards are our public articulation of the kind of content that we don’t allow. That includes enticement to violence, targeting people and hate speech. If anything, we are spending more and more money on the agenda of safety and security. We have added more than 35,000 people in the last few years alone and the way it works is by investing in building algorithms that can detect offensive content, very often even before they get published or get distributed on the platform.

I don’t think there’s any other company, either in India or elsewhere, that has done as much as we have to invest in safety and security and be transparent about their policies.

The world over, news publishers are lobbying with national governments to force social media giants like Meta to share revenue with publishers. How do you think this will pan out?

We have focused on building partnerships with companies, including news and media. I do believe it is a win-win situation for both of us. We add value for them and we benefit from their expertise, including many of their contributions in the fact-checking programmes.

The markets that we operate in continue to be intensely competitive and we expect that to continue. I think we are doing well in India across Facebook, Instagram and WhatsApp. When you think about what would have happened if so many people wouldn’t have been online and if Facebook, Instagram and WhatsApp wouldn’t have existed, you will realise the role that we play in India.

India has become a video-first market and 70-80% of all data in the country is on video. Given the predominant role of video in driving online consumption and social experiences, it is a huge priority for Meta.

It has been a year and a half since Instagram Reels has been around. Today, it is a growing space globally where brands and creators can be discovered by anyone. That’s because Reels is the best place on Instagram to reach people who don't follow you. It has transformed the way content is created and consumed on Instagram and given rise to a whole new wave of young creators.

Why is Big Tech bullish on India? Read the exclusive interviews of the India heads of Amazon, Meta, Microsoft and IBM here - https://bit.ly/3eEhqPk