Trade and other activities of about Rs 5,000 crore have been affected in Delhi and its surrounding states in the last 20 days 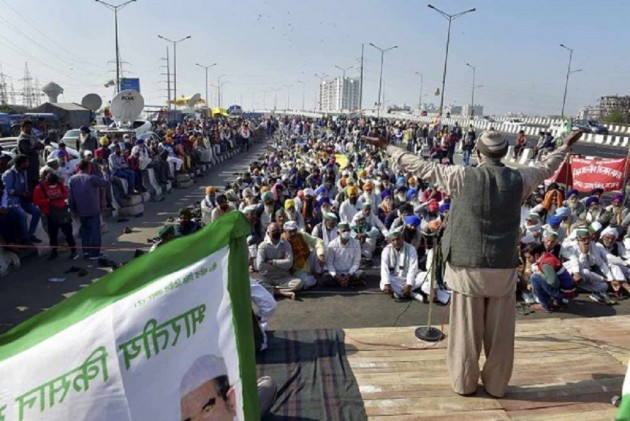 Industry body Assocham on Tuesday urged the Centre and farmers' organisations to resolve the impasse over the new agri laws, saying that the protests are inflicting a heavy blow to the economies of Punjab, Haryana, Himachal Pradesh and J&K.

"A daily loss of Rs 3,000-3,500 crore is resulting in the economies of the region from the value chain and transport disruption because of the protests," according to a rough estimate by the chamber.

Assocham President Niranjan Hiranandani said, ''The size of the combined economies of Punjab, Haryana, Himachal Pradesh and J&K is about Rs 18 lakh crore. With the ongoing farmers' agitation and blockade of roads, toll plazas and railways, the economic activities have come to a halt."

Sow Only After Preparing Soil

How To Resolve The Farmers’ Crisis: Competition, Not Laws

On Monday, the Confederation of Indian Industry (CII) had said the farmer agitation has led to supply chain disruptions, which will impact the economy in the coming days and may impinge upon the ongoing recovery from the economic contraction due to Covid-19.

Assocham's Hiranandani observed that industries such as textiles, auto components, bicycles, sports goods which cater significantly to the export markets would not be able to fulfil their orders, ahead of Christmas, harming the industry's goodwill among the global buyers.

Recovering from the harsh Covid-19 blow, the Indian economy needs to double down on growth which is possible only with a conducive environment for industrial activities, investment including the Foreign Direct Investment, Assocham stated.

The Confederation of All India Traders (CAIT) said in the last 20 days, trade and other activities of about Rs 5,000 crore have been affected in Delhi and its surrounding states.

According to an estimate, about 30 to 40 per cent of the goods coming to Delhi have been affected by the movement of farmers, which is adversely affecting the trade and other activities of Delhi and neighbouring states, the traders' body stated.