U.S. officials stress that the priority is to get shots to the 66 million unvaccinated Americans who are eligible for immunization -- those most at risk as the extra-contagious delta variant of the coronavirus has burned across the country. 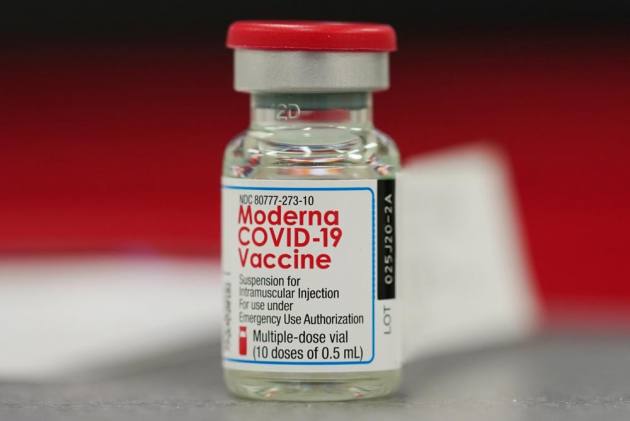 U.S. health advisers are debating if millions of Americans who received Moderna vaccinations should get a booster shot -- this time, using half the original dose.

Already millions who got their initial Pfizer shots at least six months ago are getting a booster of that brand. Thursday, advisers to the Food and Drug Administration evaluated the evidence that Moderna boosters should be offered, too -- and on Friday, they’ll tackle the same question for those who got Johnson & Johnson’s vaccine.

U.S. officials stress that the priority is to get shots to the 66 million unvaccinated Americans who are eligible for immunization -- those most at risk as the extra-contagious delta variant of the coronavirus has burned across the country.

But Marks said it’s also become clear there is some waning of protection against milder infections with all three of the coronavirus vaccines used in the U.S. And he encouraged the advisory panel to consider if the evidence backs similar booster recommendations for all of them as well, since that would “create the least confusion” for the public.

Moderna is seeking FDA clearance for a booster used just like Pfizer’s: For people 65 and older, or adults with other health problems, jobs or living situations that put them at increased risk of serious coronavirus -- once they are at least six months past their last dose.

The FDA will use its advisers’ recommendations in deciding whether to authorize Moderna boosters. If it does, there’s still another hurdle: Next week, a panel convened by the Centers for Disease Control and Prevention will offer more specifics on who should get one.

The first two Moderna shots that everyone receives each contain 100 micrograms of vaccine. But Moderna says a single 50-microgram shot should be enough for a booster. The company said that would trigger fewer uncomfortable shot reactions such as fever and achiness while also leaving more vaccine available for the global supply.

A Moderna study of 344 people found the booster dose spurred a big jump in virus-fighting antibodies, including those able to target the delta mutant.

As Thursday’s deliberations began, FDA’s advisers immediately highlighted one confusing issue: People with severely weakened immune systems already can get a third full dose of the Moderna vaccine soon after the initial vaccinations — so a question is whether they should be eligible for a booster, too, which would be their fourth dose.