On Friday, the S&P fell 1% as traders took money off the table after the Fed indicated it would fight inflation by speeding up the withdrawal of economic stimulus. 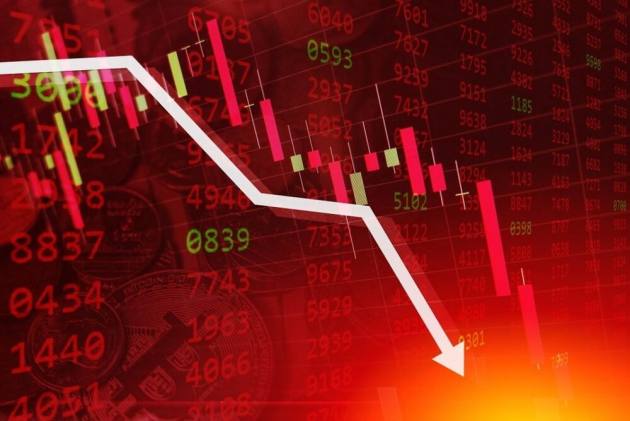 London and Frankfurt opened sharply lower. Shanghai, Tokyo and Hong Kong also fell at the start of a trading week that will be shortened by Christmas. Benchmark US oil fell by more than $3 per barrel.

The spread of the omicron variant has fuelled fears that renewed curbs on business and travel might worsen supply chain disruptions and boost inflation.

“Omicron threatens to be the Grinch to rob Christmas,” Mizuho Bank's Vishnu Varathan said in a report. The market “prefers safety to nasty surprises”.

On Wall Street, futures for the benchmark S&P 500 index and the Dow Jones Industrial Average lost 1.5%.

On Friday, the S&P fell 1% as traders took money off the table after the Fed indicated it would fight inflation by speeding up the withdrawal of economic stimulus. The index is 2% below its all-time high and up 23% for the year.

The Dow lost 1.5% and the Nasdaq composite, dominated by tech stocks, slipped 0.1%.

In Asia, the Shanghai Composite Index slid 1.1% to 3,593.60 after China's central bank trimmed a key interest rate. The bank cut its one-year Loan Prime Rate to 0.05% but left the five-year rate and its main policy rate unchanged.

The cut is a “small step toward easing” monetary policy without changing efforts to reduce debt in real estate, Larry Hu and Xinyu Ji of Macquarie said in a report. Beijing's use of multiple interest rates “is confusing, substantially muting the signal" if only one is cut, they said.

Sentiment has turned as the United States and other governments warn omicron is more pervasive than expected, prompting travel restrictions in some areas and cancellations of public events.

The US government warned Sunday of a possible surge of “breakthrough infections” as Americans travel for Christmas and the New Year holidays.

Last week, stocks briefly rallied but then fell after Fed officials said Wednesday they might accelerate the reduction of bond purchases that inject money into financial markets. That sets the stage for the Fed to begin to raise interest rates next year.

Inflation has been a growing concern throughout 2021. Higher raw materials costs and supply chain problems have been raising overall costs for businesses, which have increased prices on goods to offset the impact.

Consumers have so far absorbed those price increases, but they are facing persistent pressure from rising prices and that could prompt a pullback in spending.