According to the Ministry of Road Transport and Highways, vehicles like strong hybrids, electric vehicles and those running on alternate fuels like CNG, ethanol and LPG will be exempted. 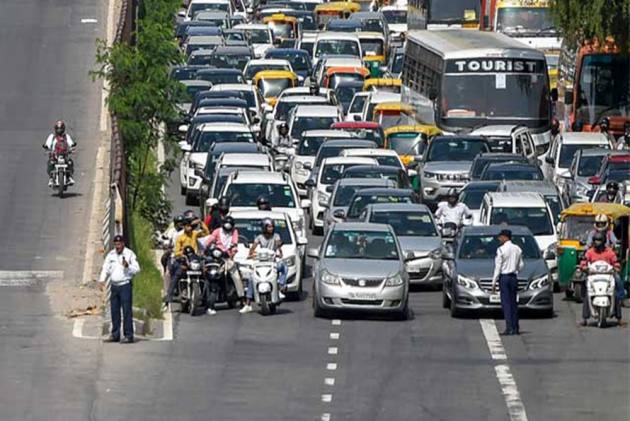 In a bid to protect environment and curb pollution, the government has planned to impose green tax on old polluting vehicles soon.

Which vehicles will be exempted?

According to the Ministry of Road Transport and Highways, vehicles like strong hybrids, electric vehicles and those running on alternate fuels like CNG, ethanol and LPG will be exempted.

The revenue collected through the green tax will be utilised for tackling pollution.

"The Union Minister for Road Transport and Highways Nitin Gadkari has approved a proposal to levy a 'green tax' on old vehicles which are polluting the environment," it said in a statement.

The proposal will now go to the states for consultation before it is formally notified, it added.

Under the scheme, transport vehicles older than eight years could be charged green tax at the time of renewal of fitness certificate at the rate of 10 to 25 per cent of road tax.

"Personal vehicles to be charged green tax at the time of renewal of registration certification after 15 years; public transport vehicles, such as city buses, to be charged lower green tax; higher green tax (50 per cent of road tax) for vehicles being registered in highly polluted cities," the statement said.

Differential tax will also be charged depending on fuel (petrol/ diesel) and the type of vehicle.

Apart from strong hybrids, electric vehicles and alternate fuels like CNG, ethanol, LPG etc, vehicles used in farming, such as tractor, harvester and tiller will be exempted from the tax, the statement said.

According to the ministry, the revenue collected from the green tax will be kept in a separate account and will be used for tackling pollution.

The states will be required to set up state-of-art facilities for emission monitoring, it added.

Listing the benefits of the green tax, the ministry said that it will dissuade people from using vehicles which damage the environment and motivate them to switch to newer, less polluting vehicles.

"Green tax will reduce the pollution level, and make the polluter pay for pollution," it added.