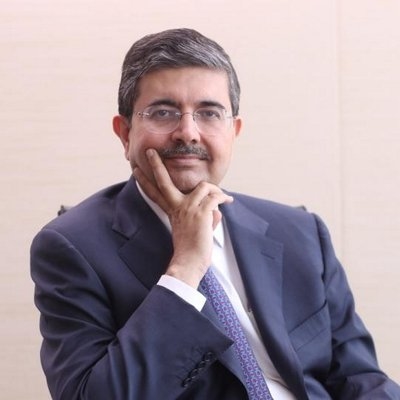 Uday Kotak's term as the non-executive chairman of the debt-ridden IL&FS group has been extended by another six months, according to a government gazette. Kotak's term now stands extended till April 2, 2022. He is also the managing director and chief executive officer of Kotak Mahindra Bank. The notification was issued by the Department of Financial Services in the Ministry of Finance dated September 21, 2021.

Under the Banking Regulation Act, 1949, a bank cannot be managed by any person who is a director of any other company. He or she can be given a temporary exception for three months or nine months with the concurrence of the RBI. The statutes will "not apply to Kotak Mahindra Bank in so far as it relates to its Managing Director and Chief Executive Officer Uday Kotak being on Board of Infrastructure Leasing and Financial Services Limited as its non-executive director for a further period up to the 2nd day of April, 2022," the notification said.

Kotak was appointed as the head of IL&FS board in 2018 to help out the debt-ridden company. The move followed after the government took control of the board. Kotak-led board analysed, IL&FS held a complex web of over 250 companies - part of the overall group - that had outstanding dues excedding Rs 94,000 due to the lenders. Over 90 per cent of the flagship company's assets are classified as dud.

The board is trying to keep the company as a going concern by focusing on asset sales and has appointed a resolution professional to steer the way.