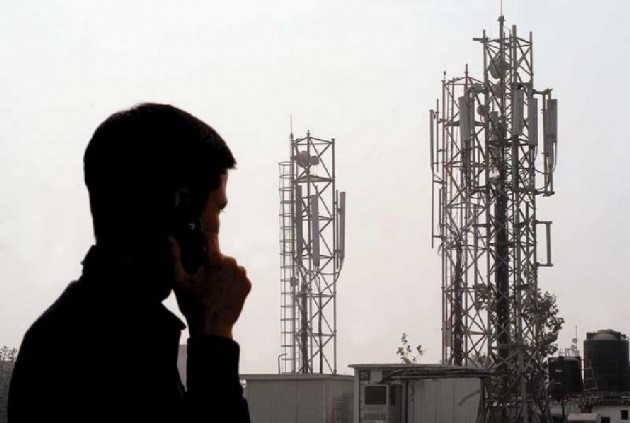 The government on Wednesday doled out a Rs 42,000 crore relief to debt-laden telecom companies after it agreed not to take any payments for the spectrum they use for the next two years.

The Union Cabinet headed by Prime Minister Narendra Modi approved giving Bharti Airtel, Vodafone Idea Ltd and Reliance Jio an option to avail of a two-year moratorium on payments they were supposed to make in yearly instalments for the spectrum bought in auctions, Finance Minister Nirmala Sitharaman said here.

While the move will give Rs 42,000 crore relief to Bharti Airtel, Vodafone Idea and Reliance Jio, the government is unlikely to intervene in the Supreme Court-mandated statutory payments, top sources said.

On October 24, the Supreme Court ordered telcos to pay as much as Rs 1.4 lakh crore in past statutory dues after considering non-telecom revenues for their calculation.

While the telcos are seeking a waiver of interest and penalties on the dues and extended payment timelines instead of three months mandated by the apex court, sources said the matter was purely a legal issue and any extension or calibration can only be done only under the direction of the court.

Sitharaman said the payments for spectrum won in auction has been deferred for 2020-21 and 2021-22. It will now be equally divided over the rest of the payment term and the telcos will have to pay interest on it as well as back them with bank guarantees.

"In view of the current financial stress which is faced by major telecom service providers and pursuant to a recommendation given by Committee of Secretaries, Cabinet has approved to defer receipt of the spectrum auction instalment due from the TSPs (Telecom Service Providers) for the years 2020-21 and 2021-22," she said.

Deferment of spectrum auction instalments will ease the cash outflow of the stressed TSPs and facilitate payment of statutory liabilities and interest on bank loans.

"Continued operation by TSPs will give a fillip to employment and economic growth. The improved financial health of TSPs will facilitate maintenance of the quality of services to consumer," an official statement said.

Welcoming the decision, Cellular Operators Association of India (COAI) Director General Rajan Mathews hoped the government will take a favourable view on other demands of the industry that include waiver and interest and penalties on the statutory dues mandated for the Supreme Court and extended timelines for making the payments.

The decision for deferring spectrum payment instalments for two years will be implemented within a fortnight, the statement said, adding that an amendment to the telecom license shall be issued expeditiously to implement the Cabinet decision.

"Interest as stipulated while auctioning of the concerned spectrum will, however, be charged so that NPV (Net Present Value) of the payable amount is protected. The NPV will remain intact.

"As per the current policy, the telecom service providers will continue to securitise the next payable annual instalment by a financial bank guarantee of an amount equivalent to the instalment," Sitharaman said.

Sources pointed out that the benefit to the three large telecom companies will be to the extent of Rs 42,000 crore, an obligation that now stands deferred by two years.

The government has also asked operators to make combined efforts to relieve the stress, and the operators are expected to hold a meeting in this regard in 2-3 days. It is pertinent to mention here that all the telecom operators have announced plans to increase tariffs in the coming weeks.

Sources said the government will not tolerate any monopoly by any operator.

They also questioned why operators who knew their past liabilities did not make contingency provisions in the books of accounts for a matter that has been pending since 2011 in the apex court.

"Surely, this most elementary accounting procedure was not unknown to them," one of the sources said.

On the operators' demand for waiver of penalty and interest dues, the source said that any relief has to come from the court.

The government's position on the computation of statutory dues has been upheld in toto, and as things stand today operators have to pay AGR, penalty, and interest, the source added.

Bharti Airtel, Vodafone Idea and other telecom operators are staring at Rs 1.4 lakh crore in outstanding statutory dues following a Supreme Court order on October 24 that sent shock waves through an industry already grappling with billions of dollars in debt and intense tariff war.

The top court upheld the government's position on including revenue from non-telecommunications businesses in calculating the annual Adjusted Gross Revenue (AGR) of telecom companies, a share of which is paid as licence and spectrum fees to the exchequer.