Online grocery delivery-app, Grofers rebranded itself into 'Blinkit', reflecting its endeavour of getting groceries delivered within ten minutes, synonymous with its vision of 'blink of an eye'. 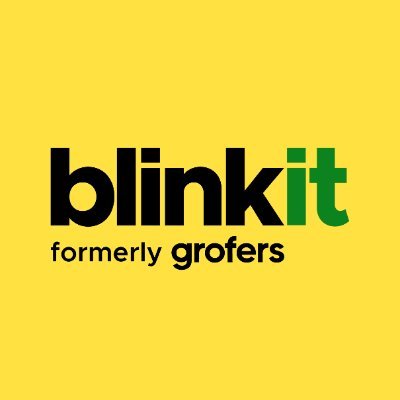 Grocery delivery app, Grofers announced it would be rebranding itself to 'Blinkit'. The move, the company explained in a blog post, is synonymous with its vision for quick commerce. The name reflects its endeavour of getting groceries delivered within ten minutes, reflective of the 'blink of an eye.'

The company stated in the blog post that it has been receiving more than a million orders each week from twelve cities in India. "We learnt a lot as Grofers, and all our learnings, our team, and our infrastructure is being repurposed to pivot to something with staggering product-market fit – quick commerce. Today, we are surging ahead as a new company, and we have a new mission statement – 'instant commerce indistinguishable from magic'," the company stated.

Grofers had first spoken about Quick Commerce in a blog post on November 11. As part of its operational paradigms, it had mentioned having "hundreds of riders every two kilometres". Moreover, it had stated that it had 211 stores operational under its dark store network and were launching a store every eight hours back then. "This dense network means we have locations with 10 mins of 50 million customers already," it had stated in the November 11 blog post.

The delivery app added that it had started adding more electric vehicles. Since the back and forth trip in the two-kilometre radius was increasing rapidly, the company stated the local deliveries would become carbon-neutral.

In July, this year, online restaurant aggregator Zomato had invested USD 100 million (around Rs 745 crore) for acquiring a minority stake in Grofers, not Blinkit.

In September, Zomato decided to stop its grocery delivery service from September 17 mainly on account of gaps in order fulfilment, leading to poor customer experience. It believed that its investment in Grofers will generate better outcomes for its shareholders than in-house grocery efforts.

A Zomato spokesperson had informed news agency PTI that Blinkit had a high-quality product-market fit for 10-minute grocery delivery. "We believe our investment in the company will generate better outcomes for our shareholders than our in-house grocery effort," the company spokesperson stated.