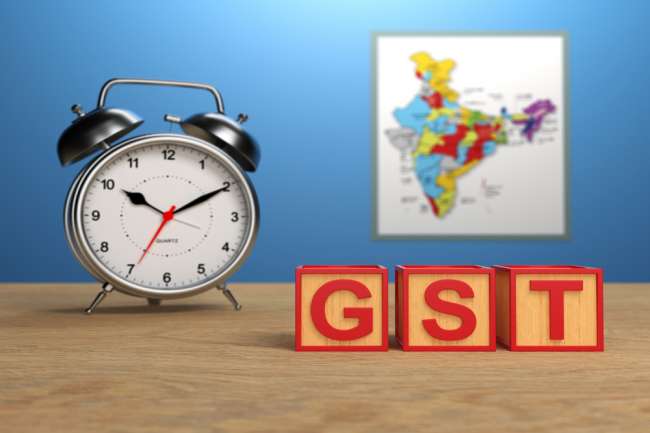 Centre has also released Rs 17,000 crore to States/UTs towards GST compensation on 3 November.

For the second straight month, gross GST collection crossed Rs 1.30 lakh crore. The revenues for November 2021 are 25 per cent higher than the GST revenues in the same month last year and 27 per cent over 2019-20.

The GST revenues for November 2021 have been the second-highest ever since the introduction of GST, second only to that in April 2021, which related to year-end revenues and higher than last month’s collection, which also included the impact of returns required to be filed quarterly. This is very much in line with the trend in economic recovery.

The recent trend of high GST revenues has been a result of various policy and administrative measures that have been taken in the past to improve compliance. Central tax enforcement agencies, along with the State counterparts have detected large tax evasion cases, mainly cases relating to fake invoices, with the help of various IT tools developed by GSTN that use the return, invoice and e-way bill data to find suspicious taxpayers.

The chart below shows trends in monthly gross GST revenues during the current year. The table shows the state-wise figures of GST collected in each State during November 2021 as compared to November 2020. 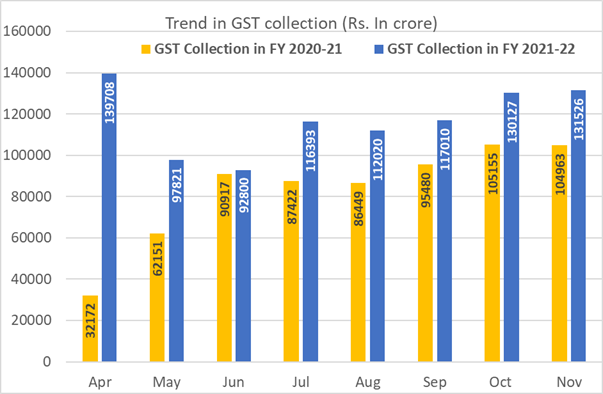