GST Council Defers Implementation Of Rate Hike In Textiles To 12% 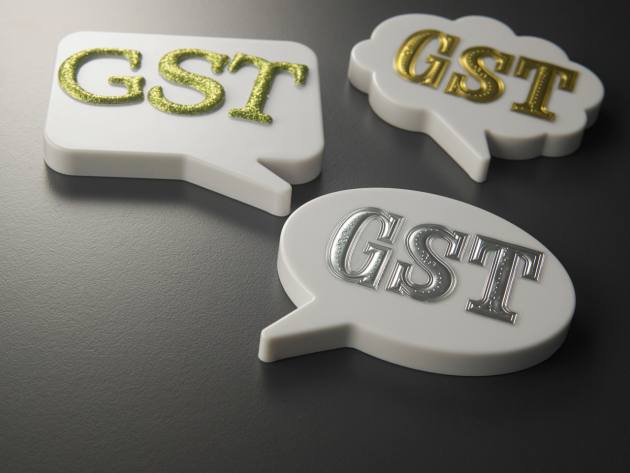 The Goods and Services Tax (GST) Council has decided to not implement a rate hike on textile just yet. The Council has put on hold the decision to hike the tax rate on textiles to 12 per cent after many states, including Tamil Nadu and West Bengal, opposed the move.

The new rate would have been applicable from January 1.

“From December onwards... representations started coming and on December 29 letter also comes from the Gujarat FM and therefore the emergency meeting. The decision of the emergency Council meeting today is that we retain the status quo and not go to 12 per cent, from 5 per cent, meaning don't do the correction now in case of textile,” finance minister Nirmala Sitharaman said at a press briefing post the meeting.

Currently, the tax rate on manmade fibre is 18 per cent, MMF yarn 12 per cent, while fabrics are taxed at 5 per cent.

The Council in its previous meeting on September 17 had decided to correct the inverted duty structure in footwear and textile sectors. With effect from January 1, 2022, all footwear, irrespective of prices, will attract GST at 12 per cent, and all textile products, except cotton, including readymade garments will have 12 per cent GST.

“Because it’s a question of inversion, several ministers also spoke about what are the long term ways by which Council could look at correcting this and also have a plan for revenue generation. There is already a committee to look at rate rationalisation... And it was decided today in the emergency meeting that textile would be again put to the committee to review it along with the other items which they are now reviewing,” Sitharaman said.

The Council decided that the rate rationalisation committee would also look at textiles in their review and submit the report by February which would be then circulated to all ministers. After that, a Council meeting would be held either in end-February or sometime in March in which the committee's recommendation or report would be discussed.

States like Gujarat, West Bengal, Delhi, Rajasthan and Tamil Nadu have said that they are not in favour of a hike in Goods and Services Tax (GST) rate on textiles to 12 per cent, from 5 per cent, with effect from January 1, 2022.

West Bengal’s former finance minister and current advisor to state Chief Minister Amit Mitra had earlier urged the Centre to roll back a proposed hike in textile from 5 per cent to 12 per cent saying this would lead to the closure of around 1 lakh textile units and 15 lakh job losses.

Sitharaman also said that the nearly Rs 200 crore cash recovered from perfume maker Peeyush Jain was not Bharatiya Janata Party’s (BJP’s) money and defended the timing of the tax raids saying they were based on actionable intelligence.

The Income Tax department on Friday raided multiple premises linked to perfume traders and some others in Uttar Pradesh as part of a tax evasion investigation. Searches were being conducted in Kanpur, Kannauj, the national capital region and a few other places. The department is searching multiple locations of some entities linked to the perfume trade and related businesses.

"It is not BJP money," Sitharaman said when asked about opposition charge that the Rs 197.49 crore cash recovered from perfume maker Peeyush Jain in UP's Kannauj was her party's money and the tax authorities had raided the person by "mistake" and are now raiding the other Jain they had originally wanted to target.

Dismissing opposition charge that the raids were politically motivated, she asked if the raiding parties come empty-handed. Recovery of money shows there was actionable intelligence, she said, adding the raids happening on Friday too were based on such inputs