A GoM led by Karnataka chief minister Basavaraj S. Bommai has been tasked to propose rationalisation of tax rates and considering the merger of different tax slabs within two months. 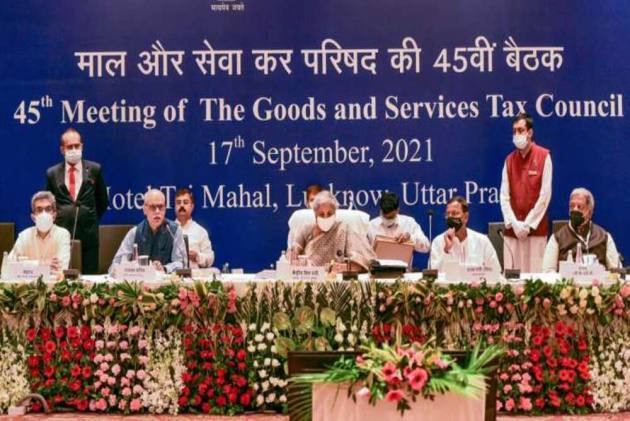 The 45th Goods and Services Tax (GST) Council meeting in Lucknow held earlier this month had announced the formation of two groups of ministers (GoM) that would be constituted to review various aspects of the indirect tax regime.

On September 24, the government issued orders for the incorporation of both panels.

A GoM led by Karnataka chief minister Basavaraj S. Bommai has been tasked to propose rationalisation of tax rates and considering the merger of different tax slabs within two months. This marks the first steps taken by the government towards a complete overhaul of the indirect tax regime to augment revenue.

Explained: What Is The Inverted Duty Structure And Why Is The GST Council Rectifying It?

Concerns around GST revenue buoyancy have been plaguing the Council for a while now. There was a slowdown in collections even before the Covid-19 pandemic broke out. Government sources said that the pandemic has exacerbated the need to look at slab rejig.

“As the finance minister had said in the GST Council meeting (Lucknow), the revenue-neutral rate has fallen. There could be no better time to study the current slabs carefully and see if what scope is there to enhance them,” a senior finance ministry official said.

In its present form, the GST regime has five tax rate slabs of 0, 5 per cent, 12 per cent, 18 per cent and 28 per cent. A cess is levied over and above the 28 per cent slab on some goods and special rates for items like precious stones and diamonds.

“The GoM may suggest changes that may be implemented immediately and the roadmap for implementation for the changes that should be implemented in the short and medium term,” the order said. The panel also has the power to submit an interim report for immediate measures as it seems fit. The GoM would have to submit its report in two months.

Finance Minister Nirmala Sitharaman had, however, said in the Lucknow GST Council meeting that one of the panels would only be considering tax rate rationalisation issues to fix anomalies, and there’s no tax slab rejig on the cards. Sitharaman had also said that the effective tax rate had slipped from the original revenue-neutral rate of 15.5 per cent to 11.6 per cent because of several rate cuts since the introduction of GST in July 2017.

The GoM’s terms of reference on rate rationalisation said that it would be reviewing inverted duty structure in all items except where the Council has already announced its decision to fix the inverted structure. The panel would also have to recommend suitable rates to eliminate the inverted duty structure to bring down instances of refunds as well as undertake a review of the current tax slab rates to propose changes that would be needed to garner required resources.

The seven-member group includes West Bengal finance minister Amit Mitra, Kerala's finance minister K N Balagopal and GST Council members from Bihar, Rajasthan, Goa, and Uttar Pradesh. The group would have to suggest immediate changes, as well as come up with a roadmap for short- and medium-term changes to the GST rate structure.

The other GoM constituted is for GST system reforms. Its mandate is to review the IT interface and tools at the disposal of tax officers and come up with suggestions to make the system more effective and efficient.

“The GoM on systems reforms shall identify potential sources of evasion and suggest changes in business processes and IT systems to plug revenue leakage; identify possible use of data analysis towards better compliance and revenue augmentation and suggest the use of such data analysis and; identify mechanisms for better coordination between Central and State tax administration and tax administration of different states; and suggest timelines for changes recommended,” the order said.