Half of Indians Who Shift Homes, Move Closer To Families 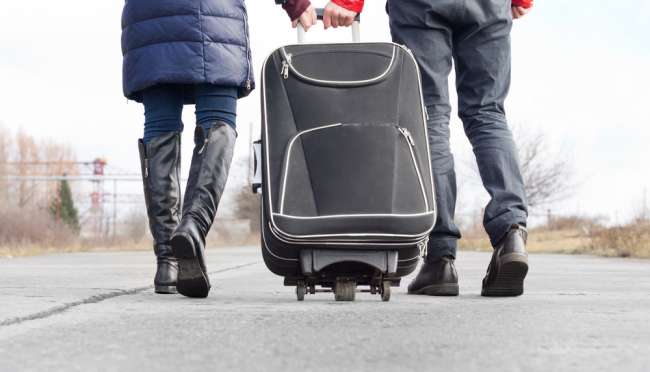 Despite the pandemic, or rather because of it in many cases, the appetite for purchasing real estate property continues strongly across the world with one in four people looking to move their residence in the next 12 months, according to the latest Global Buyer Survey by Knight Frank. And, among those who moved recently, the major reason among Indians turned out to be their inclination to move closer to their families with around 50 per cent of respondents citing this as their primary reason.

Victoria Garrett, Head-Residential (Asia-Pacific) at Knight Frank, said the story for residential markets across Asia-Pacific has been one of resilience in the last 12 months. “For Asian buyers, the pandemic has reaffirmed the appeal of property as a means of wealth preservation and portfolio diversification, something I expect will be keenly displayed through the release of pent-up demand as economies slowly start to normalise in the coming months,” she said.

According to the survey, cities and suburbs remained among the most favoured locations in Asia-Pacific with around 40 per cent respondents preferring cities and 32 per cent opting for suburbs. In India, this inclination was found out to be stronger with 55 per cent choosing city and 36 per cent leaning on suburbs.

The survey represents the views of over 900 respondents across 49 markets with over 50 per cent of the respondents located in Asia-Pacific. It also analyses the impact that Covid-19 has had on residential buyers’ attitudes to purchasing homes in the region. The report reflected a growing importance of health and well-being with most Asia-Pacific homebuyers now ranking good air quality (70 per cent), proximity to green spaces (69 per cent), and access to good healthcare (64 per cent) as top three location features.

Shishir Baijal, Chairman and Managing Director, Knight Frank India, said the pandemic experience has rekindled aspirations for home ownership across Asia, and particularly in India. “In India, the affordability has been at its best in recent times. Lowest home-loan rates in over 15 years, attractive house prices, purchase incentives as well as policy measures like stamp duty cut have helped the home buying momentum sustain despite the pandemic. Aided by the pandemic strong willingness to relocate across buyer categories has fuelled demand. This growing demand has arrested the decline in values that was experienced by most markets, and should the trend continue, prices are expected to firm up in the next few quarters,” he said.

The survey also highlighted increasing appetite for branded residences with over 44 per cent of Asia-Pacific respondents expressing willingness to pay a premium for a branded residence. “This can be attributed to the growth of the design-savvy consumer, the growing importance of brand trust in our society, and ultimately, developers who are starting to recognise the importance of home as a high involvement purchase. Our home is our sanctuary more than ever before and we are demanding much more from it than we ever have,” said Garrett.