Has Modinomics Turned The Corner And Formalised 80% Of Indian Economy?

Formalisation of the Indian economy has been a stated aim of the Narendra Modi government. And a SBI Research report released Friday, holds up the report card. 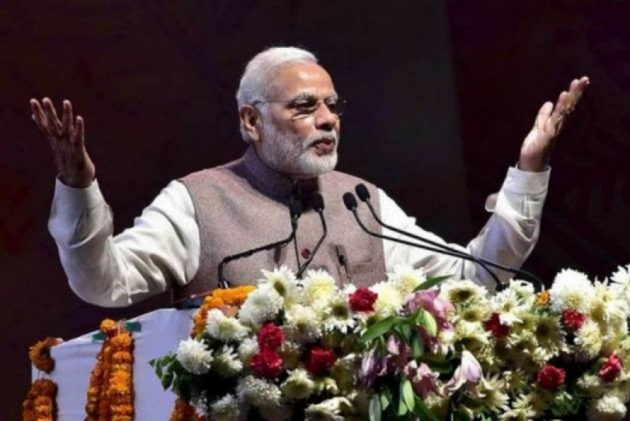 In what could come as the biggest appreciation of Prime Minister Narendra Modi’s economic policies, a report by SBI Research claims that the formalisation of the Indian economy has reached 80% of the GDP as compared to just about 48% in FY18.

“For India, post 2016 (the year of demonetisation) plethora of measures which accelerated digitisation of the economy, emergence of gig economy have facilitated higher formalisation of the Indian economy - at rates possibly much faster than most other nations,”read the SBI Research report dated October 29th.

It’s important to note that the government's decision to demonetise high-value currency notes in 2016 had affected the country's informal sector the most. Since then, various economists and agencies including the RBI have pointed to the distress in the informal sector that employed 93 per cent of the country’s workforce.

The NDA government, on its part has been claiming that all the measures post demonetisation have been taken to shift the informal economy towards formalisation through Goods and Services Tax and digital payments.

The government had introduced zero MDR policy on digital financial transactions through UPI ( United Payments Interface) to enable adoption of digital payments even by small merchants earning less than Rs 20,000 a month.

“...there has been a positive development in the Indian economy amidst the pandemic. Owing to the various efforts of the government, there has been an increase in the formalisation of the economy. Based on specific examples, at least Rs 13 lakh crore has come under the formal economy through various channels over the last few years, including the recent scheme on E-shram portal,” the SBI report said. India’s real GDP was estimated at Rs 135.13 lakh crore in 2020-21.

The report further builds its argument based on the 2011 census report that pegged the informal size of the trade, hotels, transport, communication & broadcasting at 40%. The same census had estimated the informal sector in construction at around 34%, public administration 16%, and manufacturing at 20%.

“However, the significant formalisation efforts of the Government have resulted in almost 100% formalisation in finance, insurance, and to a large extent in real estate and agriculture. The formal finance sector has even expanded by 10% post pandemic, with the Government DBT transfers gaining traction. As expected, the utilities services are also 100% formalised and in fact the formal size expanded by 1% during pandemic,” the SBI report argued.

The SBI report further says, “ Monthly EPFO payroll report provides data on establishments remitting first ECR (Electronic Challan-cumReturn) in a particular month. Based on this data we estimate that since FY18, almost 36.6 lakh jobs have been formalised till Jul’21. We expect that this fiscal formalisation rate will be higher than FY20 but lower than the FY19 level.”

“Over the years the usage of KCC (Kisan Credit Card) has increased significantly. In the last 3-4 years the per card outstanding has increased from Rs 96,578 in FY18 to Rs 1,67,416 in FY22, an increase of Rs 70,838. At 6.5 crore cards, the amount which is formalized i.e. Rs 4.6 lakh crore,” says the research report. The report also claims that payments worth Rs 1 lakh crore at petrol pumps have been formalised in the last five years.

Interestingly, a large number of economists believe that the demonetisation and the pandemic have done more harm to the economy than good. India's former RBI governor, Raghuram Rajan while addressing a virtual event organised by the NALSAR University of Law said ”In recent years we have gotten a little less confident. Our belief in economic future has diminished...the pandemic toll has further diminished our self-belief or 'atma vishwas' even further while pushing many in the middle-class into poverty."

Rajan further said the domestic stock market is booming but that hides the fact that many Indians are in deep distress (economically).