Have OTT Platforms Altered The Concept Of 'Matinee Idol'?

Not just movies, even online content is being increasingly created to target a very different kind of audience which very few films targeted earlier. 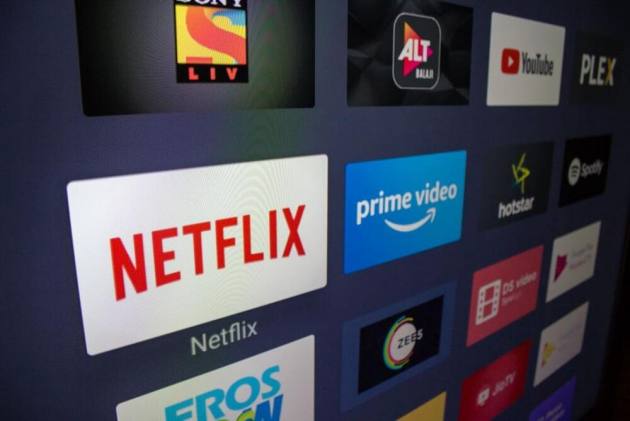 The COVID-19 pandemic has significantly altered the entertainment landscape. As the world moved more and more inward, consumer-facing businesses were hit the hardest. Aviation, hospitality and tourism are still reeling from the impact of national and localised lockdowns that were imposed to contain the spread of the virus.

The entertainment industry, too, changed remarkably. The large screen suddenly disappeared. Big-budget films were released on several OTT video-streaming platforms. The pandemic-induced lockdowns resulted in a boom in the content on these platforms. A report by the Confederation of Indian Industry (CII) titled Lights, Camera, Action…The Show Goes On that was released at the CII Big Picture Summit 2020 found that Tier-II, III and IV towns have taken the lead in availing OTT services by clocking 1.5 times the number of new OTT users as compared to metro and Tier-I cities during the pandemic.

Big-budget films like Coolie No 1, Gulabo Sitabo, Sadak 2, and Bhuj: The Pride of India, among others, were released on online platforms. Not just movies, even online content is being increasingly created to target a very different kind of audience which very few films targeted earlier. Family Man on Prime Video, which has Manoj Bajpayee as the protagonist, is a prime example of the changing idea of a star or the main lead.

Since films no longer required a big-screen release, the commercial definition of a matinee idol—the male lead whose name was enough to get the box office ringing—seems to have lost its relevance. The pandemic came as a rude reminder that good content does not always necessarily need big stars to be successful. For the makers, too, OTT platforms have become the biggest outlet for intellectual sincerity. It’s easier to make “meaningful content” when they’re not chained by the concerns around the distribution of the films. Online platforms allow makers to create without being limited by budget concerns.

During the pandemic, OTTs have also saved the entertainment industry from going completely bust. As film shootings gradually began after the national lockdown in 2020 with several social distancing norms, many filmmakers stuck to online releases which helped industries survive. The primary example is the southern film industry that not only stayed afloat but also helped in stitching together a completely new audience base that does not speak Tamil, Kannada, Malayalam, or Telugu. It broke viewership records on Amazon Prime as 50% of the audiences of these films were not from the states speaking those languages.

In the Hindi film industry, too, except Shah Rukh Khan, almost every big name has had a release on online platforms. “The concept of a star or a matinee idol is different for Hindi movies and, say, southern movies. South has Rajinikanth, Vijay, Ajith. These are big stars. In Bollywood, at one point, there was Amitabh Bachchan. Then, of course, it was dominated by the Khans. But it all boils down to how important the project is. In the south, irrespective of content, the hero is big,” explains trade analyst Taran Adarsh.

Adarsh believes that despite naysayers saying that OTT platforms would replace movie theatres, that will not be the case. The Akshay Kumar-starrer Sooryavanshi, which had a theatre release in November this year, has collected around Rs 195 crore till date. It became Bollywood’s first blockbuster in the new normal.

“The emergence of OTT as a credible force has not yet had any significant impact on the idea of a star. It has its own advantages but nothing can replace the magic of watching a movie on the big screen,” Adarsh says.

Manoj Desai, executive director of the G7 multiplex and Maratha Mandir Cinema, says that Dilwale Dulhania Le Jayenge continues to run successfully even after 26 years of its release. He says Maratha Mandir’s location gives him the advantage of targeting an audience that travels to Gujarat. “The state transport buses stop near the hall and these people stop for a show and then take a bus to Gujarat. And it still is the same with a temporary pause caused last year. Movie halls give you the opportunity to target all kinds of audiences,” Desai explains.

He says that Sooryavanshi ran house full in all of his three theatres in which it was screened. “House full at 50% capacity. So, stars are still big. Of course, a lot has changed. People can connect their smartphones to smart TVs to watch movies, series and everything. But this has been there for some time now. It’s nothing new,” Desai says, emphasising that stars and big screens would never go out of vogue.