Here Is The Wishlist Of Manufacturing Sector For Budget 2022

India has the potential to become a global manufacturing hub and as per data, by 2030 it can add to the tune of $500 billion annually to the global economic kitty. 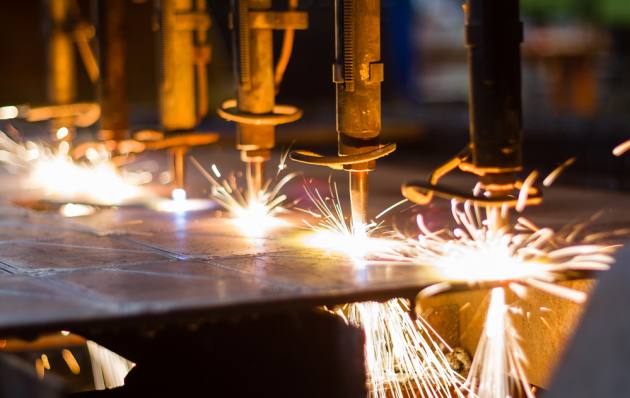 As the country is looking forward to the Union Budget scheduled to be presented by the Finance Minister Nirmala Sitharaman for the financial year 2022-23 on 1st of February, under the ominous cloud of a probable third wave of Covid-19, with rising cases and many cities under partial lockdown,- the budget may be a pragmatic one.

However, there is a proverbial silver lining, as in the Financial Year 2021, owing to the better compliance environment and formalization of the economy, tax revenues have seen buoyancy. The economy is in a rebounding mode with the government talking about a V-shaped recovery. There are signs of rapid growth as far as the economic indicators are concerned. For example, the nominal GDP growth of 23.9 per cent in H1 of the current fiscal indicates a growth-driven budget.

The manufacturing and the Micro, Small & Medium Enterprises (MSME) sectors are upbeat that the coming budget will provide the much-needed stimulus to the country’s economy.

The government has already provided a mechanism to indemnify taxpayers from any possible future litigation. We also appreciate the government for the 'Vivaad se Vishwas' scheme which has gone a long way in reducing the long-pending litigations and resulted in greater success. Several infrastructure and service sectors such as Telecom, Power, Mining etc., which were privatized to drive investment and growth are highly regulated/licensed. Hence there are many legacy court cases, often arising from the interpretation of regulations/policies. These cases drag on for 10-15 years. Given the condition of imposition of penal rates of interest, penalties, and interest on penalties, by the time these cases are decided, the due amounts may become 5x to 6x of the disputed principal amount (e.g. Telecom AGR case).

The VSV-type of scheme for these sectors, and the settlement of these cases will add some revenue to the government as well as unleash huge positive gain in investor sentiments.

A similar scheme could be introduced for Customs, in order to provide an opportunity to taxpayers to clear the past baggage and reduce litigation. This will help the industry in considerably reducing the baggage of litigation and will also help the Government in unlocking the tax dues.

In order to pluck the low-hanging fruit, it is recommended that the government Capex allocation should focus on projects which are more than 80% complete. This would mean that the benefits of these projects would start accruing faster. In addition, several such projects may qualify upon completion for monetization to generate additional resources.

India has the potential to become a global manufacturing hub and as per data, by 2030 it can add to the tune of $500 billion annually to the global economic kitty.

Therefore, there exist multi-layered expectations for the manufacturing sector from this budget. First among those is rationalization and simplification of taxation within the given fiscal space. The eagerly awaited tax relief would boost up consumer sentiments and keep the demand higher. Also, to trigger further consumption there is a need to push for work-intensive industries like infrastructure, housing, and allied agricultural industries.

We are also looking forward to a certain rationalization in the Goods and Services Tax (GST) in some sectors in the forthcoming months.

Currently, the Make in India 2.0 mission has its focus on 27 sectors; the government needs to widen the base to include more sectors. It needs to focus on facilitating investment and establishing schemes for domestic investments in the country.

The manufacturing industry is going through a phase of metamorphosis post-Covid-19 pandemic with disruption of established supply chains globally. The focus is now on ‘reshoring’ the production processes and reestablishing markets with faster deliveries. The government’s ‘Vocal for Local’ program needs a further push on the policy level by adapting to lower working capital to increase resiliency.

A digital transformation of the production units or factory floors is a new reality, with the pandemic paving the way to have less reliance on the fragile workforce and physical space. Technology is evolving by the day to bring advancements in the current settings; therefore, the industry realizes they must undergo moulting to embrace Industry 4.0 technology to become more resilient. We hope Budget 2022 will have some announcements towards a supporting framework in this direction.

We are hoping to increase investment in the skilling workforce, as automation is replacing old jobs and also creating new ones. Also, with a greater focus on the environment, the manufacturing sector –that is considered one of the significant sectors responsible for environmental pollution- will have to focus on curbing industrial waste and lowering the industry’s carbon footprints, for which governmental support to make factories energy efficient is second to none. We would see if this budget has any provisions for the same.

(Mr. Vineet Agarwal is the President of ASSOCHAM, Associated Chambers of Commerce and Industry of India)