A consortium led by Spicejet promoter Ajay Singh came second with his bid of Rs 15,000 crore. The reserve price for the bid was set at Rs 12, 906 crore. 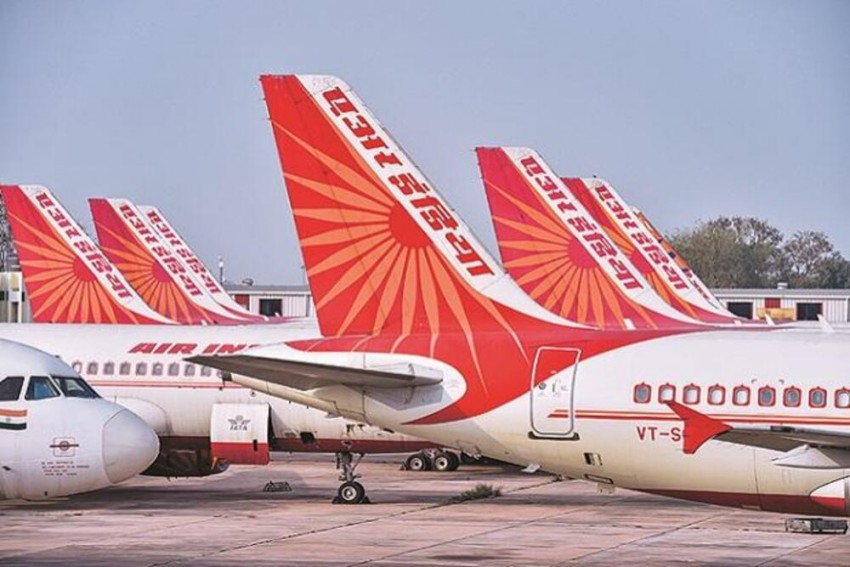 Tata Sons' emerged winners with their Rs 18,000 crore bid for the national carrier Air India. The announcement was made by the ministry of civil aviation and the secretary of the department of investment and public asset management (DIPAM) on Friday afternoon. The winning is to be treated as an enterprise value for 100 per cent consideration in shares of Air India along with its subsidiaries, the Air India Express and holding in services provider, Air India SATS.

It was informed that the reserve price for the bid was set at Rs 12, 906 crore. The transaction is expected to be closed by December 2021.

A consortium led by Spicejet promoter Ajay Singh came second with his bid of Rs 15,000 crore.

DIPAM secretary Tuhin Kanta Pandey stated the national carrier's total debt as of August 31, 2021, stood at Rs 61, 562 crores. The winning bidder viz., Tata Sons would now have to take over Rs 15,300 crore of the debt.

Air India is presently operating at a loss of Rs 20 crore every day.

Employees of national carrier won't be retrenched for one year

As part of the transfer agreement, Tata Sons would not be able to retrench employees of the national carrier for one year. All government benefits accrued to current employees will continue for one year. Post which, the airline would be allowed to carry out retrenchment with the provision of voluntary retirement scheme enabled.

Additionally, a compulsory clause stipulating work travel for government employees on Air India only would be done away with.

The business continuity clause would continue for three years, however, the winning bidder would have complete operational freedom.

Eight logos or brands of the national carrier would not be transferable for a period of five years. The DIPAM secretary added that even after the stipulated five years, no transfer of the logos or brands would be permissible on foreign land. It would be restricted to Indian soil only. This implies, Tata would not be able to transfer or alter the brand names or logo after five years for foreign entities and operations. It would be limited to operations within India only.

It was Tata Group that launched Air India in pre-independence days. In 1932 when industrialist and India’s first commercially licensed pilot Jehangir Ratanji Dadabhoy launched the national carrier. The airline launched its passenger services in 1938 and started international flights. It was through the Air Corporations Act in 1953, that the Union government took over the company from Tata Sons and nationalised it.

However, over the years, the national carrier has been incurring huge losses, due to which the government has tried to sell it off to a private player for over a decade now. Reports suggest that the total debt of Air India has risen to around Rs 43,000 crore. However, resistance from political quarters and employee union had forced the government to delay its plans many times. In 2020, the government invited bids for strategic disinvestment of 100 per cent of its stake in the airline. The plan also included a 100 per cent stake sale in Air India Express Ltd and a 50 per cent stake in Air India SATS.