In October, a total of 14 thermal power plants had to be shut in UP. These power plants accounted for 4,520 MW of power generation. 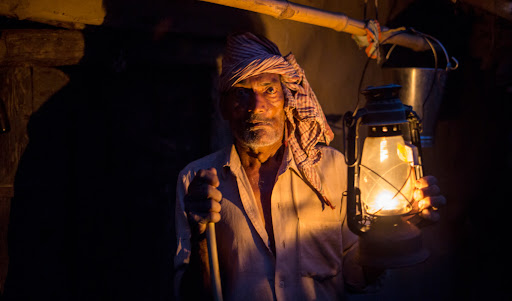 Even as the ongoing coal crisis in the country is threatening the pace of recovery of the Indian economy, the poorest people in India have been subjected to long power cuts already.

According to a report by CRISIL, the villages in Uttar Pradesh (UP) and Bihar are facing power cuts upto 14 hours every day.

Bihar and UP are two of the most populous states in India accounting for one-fourth of India's population, but having one of the least per capita income and power consumption due to limited industrialisation.

Gaming To Explode, In A Good Way

In October, a total of 14 thermal power plants had to be shut in UP. These power plants accounted for 4,520 MW of power generation. According to reports, the per-unit electricity rates had spiked to Rs 20 on power exchanges, putting the finances of state discom under pressure.

In a recent interview with Outlook Business, the former chairman of NTPC had argued that the current coal shortage and the resultant power cuts were a result of neglect of thermal power plants in the country.

“In the last 10 years, coal-based energy became a bad word and even import of coal was discouraged. The power evacuation system, primarily planned to match the coal-based capacity addition, became congested, as the focus came on solar and other forms of energy being evacuated through the same transmission lines,” said Dr. Choudhury.

“Coal-based power was no longer on the priority list, as the present thrust is to promote solar and other forms of energy produced from non-fossil fuel.”

In 2015-16, the Centre committed to aggressive targets of installing 175 GW of renewable energy (excluding large hydro) by 2022. Out of this, the target for solar energy capacity was set at 100 GW by March 2023 -- 40 GW rooftop solar and 60 GW ground-mounted. Despite its best efforts, the country has managed to install around 43.94 GW till July 31.

Nuclear power generation has also suffered in this period due to the maintenance shutdowns at three NPCIL plants in South India.

“A state-level monthly demand assessment indicates that on average, monthly power demand growth was close to 20% for highly industrialised states such as Maharashtra, Tamil Nadu and Gujarat (which account for close to 30% of overall power demand),” read CRISIL report.

The Indian economy is recovering from the lockdowns induced during the second Covid-wave, leading to high industrial activity across the country. But since industrial states can purchase power by paying higher prices, they have managed to avert any serious power crisis so far. The average cost of power has increased by 44% in the April-October period this year.

“Telangana, Uttar Pradesh and Maharashtra have a higher dependence on coal compared with the rest of India. Bihar, on its part, is vulnerable because while it meets 54% of its need directly via coal-based generation, a further 18% comes via short-term power purchases from other states, which would also be coal-based primarily,” said CRISIL.