On Shah Rukh Khan’s birthday, we analyse how his brand value has sustained despite a string of flops. SRK’s last blockbuster was in 2013. 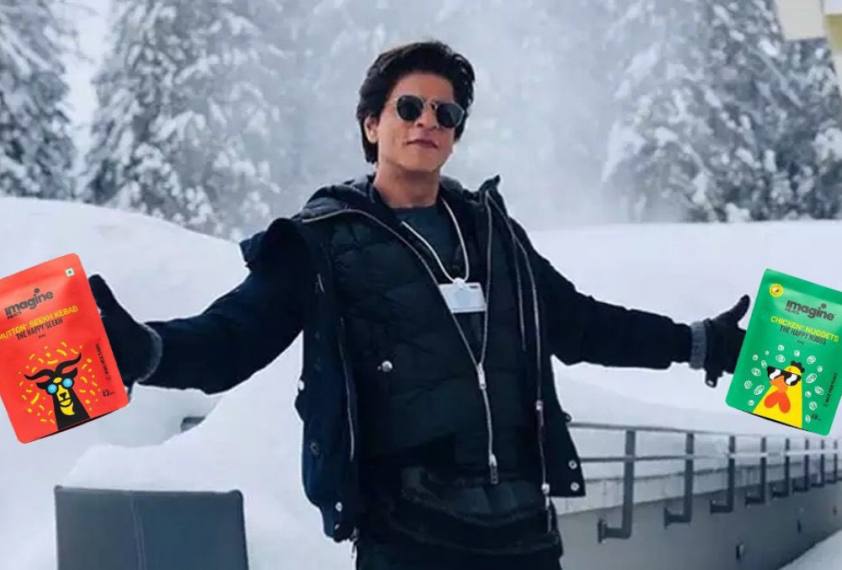 He hasn’t had a release since 2018. His last release, like most of the ones before, was a box-office dud. His contemporaries have one release a year so as to not fade away from public memory. But Shah Rukh Khan can make crowds go ballistic without delivering a single film in three years. If brand endorsements are anything to go by, this testifies that India’s audiences do not love a star basis the box-office collections. Love is not rational.

‘You are as good as your Friday release’ does not apply to Shah Rukh Khan. The pandemic forced big names like Akshay Kumar, Ajay Devgan, and Alia Bhatt to move their releases to OTT platforms from the silver screen. Even here, Khan has been the outlier. In a recent commercial for Hotstar, in his signature self-deprecating humour, he talks about missing out on the trend of being on the small screen to remain big.

“His brand value, even if it was slipping, would come back, as he’s a part of Pathan from the Yash Raj stable and another untitled movie where he is working with Atlee. These are huge names. Zero was a flop, Raees did well in certain pockets, and Jab Harry Met Sejal was a disaster. But a brand is strong when you tie-up with a strong director and an equally strong production house,” said trade analyst Taran Adarsh.

Khan Of All Seasons

Why is Khan so loved?

He has had a spate of flops in the last decade. Between 2010 and 2020, he had about 12 releases. Of them, Chennai Express was the only blockbuster, way back in 2013. Raees and Diwale were moderate hits, while Fan, Jab Harry Met Sejal and Zero were flops.

But the story of his brand endorsements that began in 1988 with Liberty Shoe, is very different. He endorses products across segments, from Pepsi, Hyundai Santro, Nokia, Lux, Dish TV, BYJUS, and Big Basket. Duff & Phelps’s Celebrity Brand Valuation Report 2020 says that Khan’s current brand value stands at $51.1 million. According to the Forbes Rich List 2021, his personal net worth is about $690 million.

Brand Shah Rukh Khan has been built on two things – Bollywood and the endorsement market. While brands benefit from celebrity endorsements, they also contribute to building the brand image of the endorser. “Every Santro, or every brand that he has built, has reverse built him. Therefore, the value of the brand Shah Rukh Khan does not go down even if he does not release hit films. The reach of a BYJUS ad is possibly three times more than the reach of a hit Bollywood film,” says Harish Bijoor, brand strategy specialist.

Liberalisation And The Metro-Sexual Hero

The liberalization of the Indian economy in 1991 changed the character of the country forever. The 1980s generation came of age with the Mandal movements, the demolition of the Babri Masjid, and the opening up of the Indian economy. Several youngsters found themselves uprooted from their rural lives and placed in overcrowded, urban areas.

Hindi cinema, too, underwent a tectonic shift post-liberalization. Several Indians ended up in Silicon Valley, UK, and other parts of the world as India became a bigger part of the global order, which in turn drove up overseas demand for Indian movies. Multiplexes replaced single-screen theatres and tickets at these new cinema halls were priced at Rs 200 and above. This shift was patronized by the new middle class, which now had money to afford expensive movie tickets. Single-screen theatres had to fold up business.

“This rising middle class saw in Salman Khan, Shah Rukh Khan, or Amir Khan representative heroes. It led to the rise of designer movies which were all gloss and no substance. Shah Rukh became the metro-sexual hero. He was a metro-city phenomenon and played this urban, sophisticated youth in most of his films then. They became his hallmark. And those movies did really well as well,” explains national award-winning film critic, Giridhar Jha.

A criticism against Khan has been that he consciously chose to play the lover-boy hero and play to the galleries so that is stardom did not wane. But SRK cannot be so easily straight-jacketed into a type. For every DDLJ, he has acted in a Kabhi Haan Kabhi Naa. He starred in movies like Guddu and Ram Jaane in 1995 wherein the former he goes to court to assert his right to donate his eyes to his lover, against the wishes of his family, in the latter he played a nameless, abandoned boy who grows up to be a gangster. Guddu flopped but Ram Jaane was a hit, In fact, it did better business overseas against Aamir Khan’s NRI-friendly-genre movie Akele Hum Akele Tum. Dilwale Dulhaniya Le Jayenge (DDLJ) in the same year broke all records. Dil To Pagal Hain and Kuch Kuch Hota Hain in the following years went on to become his careers’ biggest hits.

“To give him his due, it is not that he has not tried. He has tried more than his contemporaries like Aamir or Salman. He has done films that his contemporaries never accepted. He accepted Darr because Aamir rejected. He did Baazigar, which was rejected by not just Salman Khan but also Arman Kohli. He is open to challenges and new kinds of roles, that’s why he did Zero,” Jha says.

It has been 30 years since liberalization, times have changed and so have movie-goers. Shah Rukh Khan has an odd conundrum to overcome which his contemporaries do not face. Aamir Khan's movies position themselves as cause-driven, while Salman Khan's fanbase is significantly male.

For King Khan, a significant portion of his base compromise women. Women who have grown up wanting a lover who loved like him onscreen. But as that generation of women come of age and realign their ideas of an unequal world allowing men options women aren't easily granted, they are now woke. Women of the 21st century are probably uncomfortable with the idea of a hero breaching her private space and reaching for her lingerie without permission, as Raj in DDLJ. But Khan would also have to be cautious to not lose out on his women fans who grew up in the late 80s-90s.

Small-Town Stories And A Big Star

After the shift in the 90s in Hindi cinema, its again found itself in the throes of another change. Big, star-studded mainstream Bollywood is now about small-town stories. The rise of Ayushmann Khurana, Rajkummar Rao, Pankaj Tripathi, and several other names who would have been pushed into the realms of oblivion even ten years back, are finding a dedicated and loyal audience. And once again Shah Rukh Khan finds himself oddly positioned in the middle of changing consumer behaviour.

As society progresses, women become more self-aware; they make conscious efforts to question and subsequently dismantle notions of accepted behaviour and expectations from traditional romantic relationships, and the days of a one-dimensional lover-boy hero are numbered. Several movies that condone tropes of patriarchal, regressive gender roles find them in the middle of an earlier-absent criticism. So while Khan’s lover-boy avatar is behind him, he is still too big for small-budget movies that are the flavour of the season.

Yet, nothing seems to have impacted his popularity. Yesteryear star Raaj Kumar used to hike his remuneration with every flop movie. When his secretary questioned him why he would hike his fees despite his poor run at the box office, Kumar is believed to have said, “Jaani, meri film flop hogayi hain, main nahi' (Darling, my films have flopped, I haven’t)”.