Jewar is situated just 30 KMs away from Bhatta Prasaul, which had witnessed widespread farmers’ protests in 2011, under the leadership of none other than Congress leader Rahul Gandhi. 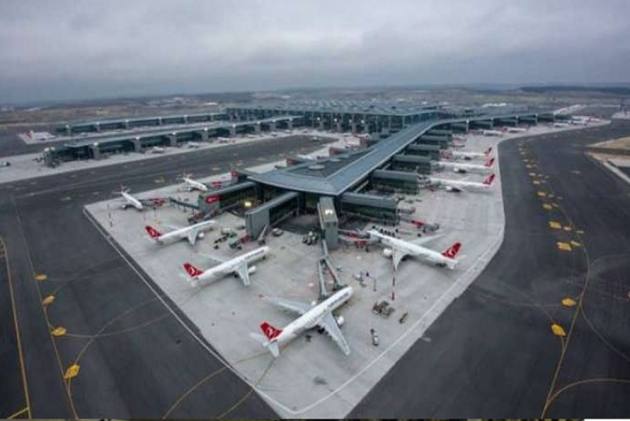 Prime Minister Narendra Modi laid the foundation stone of the Noida International Airport (NIA) in Jewar, today. This would be the fifth airport in Uttar Pradesh and the largest in Asia when fully operational.

Located at a distance of around 72 km from the IGI airport in New Delhi, the first phase of the airport will be spread over more than 1,300 hectares of land, with a completion date of 2024, having the capacity to cater to 1.2 crore passengers annually.

Once inaugurated, the airport will have many firsts to its name, but the most important of the firsts that need to be remembered is the speed at which land was acquired for this project.

Jewar is situated just 30 KMs away from Bhatta Prasaul, which had witnessed widespread farmers’ protests in 2011, under the leadership of none other than Congress leader Rahul Gandhi on the issue of land acquisition. The government had failed to acquire land in Bhatta-Parsaul for building urban clusters along the Yamuna Expressway connecting Greater Noida to Agra.

When the Yogi government approved the Jewar project in December 2017, authorities in the UP administration were worried about similar protests because it required the acquisition of huge tracts of land. Initially, just four farmers had agreed to the terms of compensation in the six villages where land was to be acquired by the government. Farmers were opposed to the rate of Rs 1800 per sq meter for the land.

The local administration, having learned its lessons in the past, quickly involved the chief minister’s office in the process of consultations of land with farmers. After consultations, the government increased the price of compensation by Rs 500 per sq meter and offered additional benefits like Rs 5.5 lakh per adult member of the family, or a job at the Jewar airport or Rs 2,000 or Rs 2,000 per month for 20 years.

Between February 2019 and January 2020, the government managed to acquire the required land for the completion of the first phase of the project.

The process for acquiring land for the second phase of the Jewar airport has already begun and the government is consulting farmers. Of the 1367 hectares of land required for the second phase, Yamuna Expressway Industrial Development Authority has already acquired 57 hectares of land from the villagers. The bone of contention this time is again the compensation for the farmers. While last time, farmers had settled for a rate of Rs 2300 - 2500 per sq meter, this time they are asking for above Rs 4000 per sq meter.  Given the political importance of the project, the government will most likely agree with the farmers’ demand for a clear way for the fastest completion of a project of such grand scale without any politicisation of the land acquisition process.

Some Key Highlights Of Jewar Airport

It will be the third airport in Delhi NCR after Delhi's Indira Gandhi International Airport and Ghaziabad's Hindon airport. As per official figures, the first phase of the airport will cost Rs 4,588 crore and is expected to be completed by 2023.

When fully built, the airport is likely to have six to eight runways, the most in India. Interestingly, Swiss firm Zurich Airport International AG had in November 2019 emerged as the highest bidder for the Jewar airport project, outbidding competitors like Adani Enterprises, DIAL and Anchorage Infrastructure Investments Holding.

Not only that but the metro connectivity between IGI and Jewar airports is also being mooted.