The (revenue) growth forecast for FY2022 has been revised downward by 200 bps to 15-17 per cent from the earlier estimates. 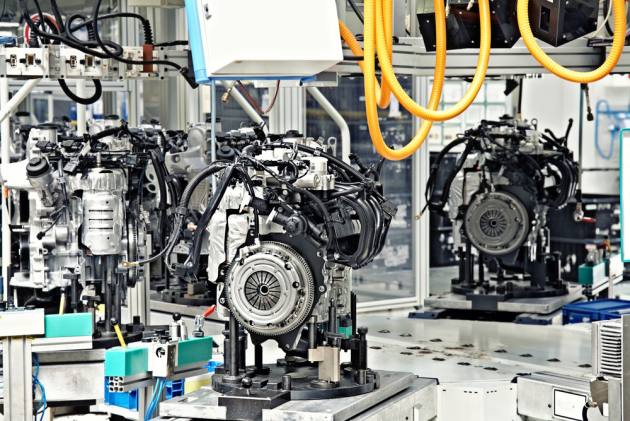 Rating agency ICRA on Thursday revised downwards revenue growth forecast for the auto components industry in the current fiscal to 15-17 per cent, citing the impact of the Omicron wave, delayed recovery in semiconductors shortage and muted two-wheelers demand.

It, however, said despite the potential Omicron impact, the domestic aftermarket demand is expected to grow 8-10 per cent in FY22 while exports remain a bright spot in the Indian auto component story with an estimated growth of over 20 per cent this fiscal.

"The (revenue) growth forecast for FY2022 has been revised downward by 200 bps to 15-17 per cent from the earlier estimates due to the ongoing Omicron wave, delayed recovery in semi-conductors and muted two-wheelers and bus demand," ICRA Assistant Vice President and Sector Head Vinutaa S said in a statement.

ICRA expects the "robust 15-17 per cent revenue growth" in the ongoing fiscal for the Indian auto component industry to be driven by domestic OEM, replacement, export volumes and pass-through of commodity prices," she added.

The healthy volume growth would, however, come on a low base of FY21, Vinutaa said, adding there could be a downward bias to ICRA's estimates in case of prolonged lockdowns or significant demand slowdown because of the Omicron wave.

Most domestic original equipment sub-segments are expected to register healthy volume growth in FY2022, albeit, on a low base of the last fiscal, ICRA said, adding pass-through of commodity prices will also inflate revenues by 4-5 per cent.

"However, certain segments like two-wheelers (2W) and buses will be impacted by the Omicron wave. We expect a delayed recovery in the 2W segment because of affordability and dampened sentiments. Also, demand for buses is expected to be impacted during the upcoming school season for the third year in a row," the rating agency said, adding supply-chain issues could prolong further as well.

"While there could be some impact on mobility because of the ongoing Covid-19 wave, freight movement and deferment of fresh vehicle purchases will result in healthy replacement demand in Q4 FY2022," the agency said.

On the export front, the rating agency said the Indian auto component suppliers have reported a healthy improvement in sales volumes to Europe in year-to-date FY22 and have a strong order book for the next few months, partly aided by the 'China+1' strategy.

The third quarter has been relatively dull because of supply-chain issues, it said, adding the export order book for Indian auto component suppliers would have been even better if not for the chip shortages.

Relatively high infections and prolonged lockdowns in India's key export markets like Europe and the US remain a downside risk, it noted.

However, over the long term, Vinutaa said premiumisation of vehicles and focus on localisation will translate into relatively stronger growth for auto component suppliers.

"We expect a 5-year CAGR of 8-10 per cent for the industry. While operating margins are likely to be impacted in FY2022 because of cost pressures, FY2023 margins will benefit from improved operating leverage benefits and increasing premiumisation of vehicles, apart from the normalisation of supply chain issues and commodity pressures," she said.