In 2022, Renewable Energy Is Going To Be The Way Forward

The attention in the renewable energy sector is expected to be centred around advanced photovoltaic (PV), advanced robotics, artificial intelligence, big data, etc. 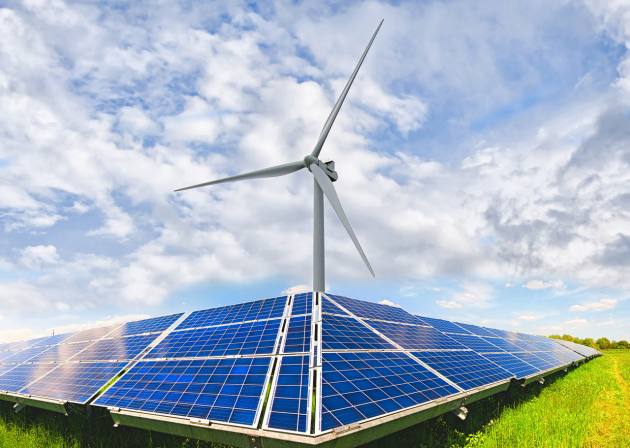 As the world targets to limit the global average temperature rise to 1.5°C with over 100 countries making net-zero pledges at the recently concluded COP26 UN Climate Change Conference in Glasgow, the spotlight is now on the energy sector which spews more than 70 per cent of the global greenhouse gas (GHG) emissions. To counter that, renewable energy is set to rise to the occasion, holding the key that aims to keep global warming in check.

Solar energy will continue to be the preferred choice. PV is expected to witness more floatovoltaic and agrivoltaic projects. There will be increased attention on more environment-friendly thin-film cells and usage of materials like perovskite for better energy conversion. Advanced robotics will be used to help improve production and process efficiency.

Grid management is expected to move up on the energy agenda and distributed energy storage systems won’t lag behind. Big data and artificial intelligence algorithms would be increasingly deployed for real-time decision-making in energy grid management and facilitating the internet of energy (IoE) applications to enable autonomous trading and pricing. Battery and batteryless solutions for distributed energy storage systems would be a help in local renewable energy management—from generation to storage. The need for grid integration would place focus on vehicle-to-grid (V2G) solutions to help stabilise the grid at peak hours and grid-to-vehicle (G2V) solutions for storage at other times. Blockchain would be useful in conducting trusted transactions in the sector.

Developments in the green hydrogen segment, which will grab more eyeballs, are expected to focus particularly on better hydrogen storage, transport and distribution. Bioenergy, hydropower and wind energy, too, are expected to see more action. Bioenergy will see algal and microalgal feedstocks being increasingly used for generation of energy from biomass sources. In the hydropower space, deployment of energy converters is expected to lead to more efficient generation of energy. Development and deployment of offshore and airborne wind turbines will complement land-based wind turbines in wind energy, according to the ‘Renewable Energy Innovation Report’.

Such developments may seem few and far between at the moment but it won’t be long before they become widespread with the recently energised clean energy ecosystem catalysing more such developments.

For example, the Breakthrough Agenda unveiled at the Glasgow conference seeks to bring together countries to enable clean technologies and make sustainable solutions affordable and easy to access while supporting less developed countries to secure tools to achieve the net-zero target.

Backed by leaders of 40 countries that speak for 70 per cent of the world economy, the agenda seeks a 50 per cent reduction in global emissions by 2030. The plan is to get countries and businesses to collaborate to promote development and scale up green industries through initiatives like the Glasgow Breakthrough on Power to make affordable and reliable clean power available for all requirements in all countries by 2030. Three of the initiatives expected to deliver the Glasgow Breakthrough on Power are the Breakthrough Energy Catalyst, Global Energy Alliance for People And Planet, and Green Grids Initiative.

The Breakthrough Energy Catalyst aims to reduce clean technology costs in spaces like green hydrogen, direct air capture, long-duration energy storage and sustainable aviation fuel. The new initiative, which falls under Bill Gates’ Breakthrough Energy, seeks to promote a net-zero economy by 2050 by getting businesses, governments, philanthropists and individuals to invest in critical climate technologies for net-zero emissions. Apart from funding commercialisation of technologies, it will also fund development of new technologies.

With an initial $10-billion funding, the Global Energy Alliance for People And Planet seeks to catalyse $100 billion in public and private financing to promote green energy. The alliance of philanthropists, multilateral and development finance institutions and governments aims to extend grants and technical assistance to take reliable and renewable power to a billion people, thereby reducing four billion tonnes of carbon emissions and contributing to the creation of more than 150 million jobs.

India and UK-led Green Grids Initiative–One Sun One World One Grid (GGI-OSOWOG) aims to harness political will and financial and technical resources to catalyse the setting up of interconnectivity between electricity grids and developing mini-grids and off-grid solutions to reduce energy poverty globally.  Building and connecting clean energy grids can easily cater to all the power requirements in the world. For example, solar power stations built over just 400 kmX400 km part of the world’s deserts will be enough for the entire global population. The initiative will also promote sharing of good practices and resources in its bid to accelerate transition to affordable clean energy. The initiative has already been endorsed by more than 100 countries.

More such breakthroughs have either been or are being rolled out in the energy sector. These are just the tip of the iceberg and hopefully, such developments would become a norm sooner rather than later in the endeavour for a net-zero world.