'Too Much Of Democracy' In India Makes It Hard To Carry Out Reforms: NITI Aayog CEO Amitabh Kant

It is not easy to compete against China without hard reforms, Kant said. 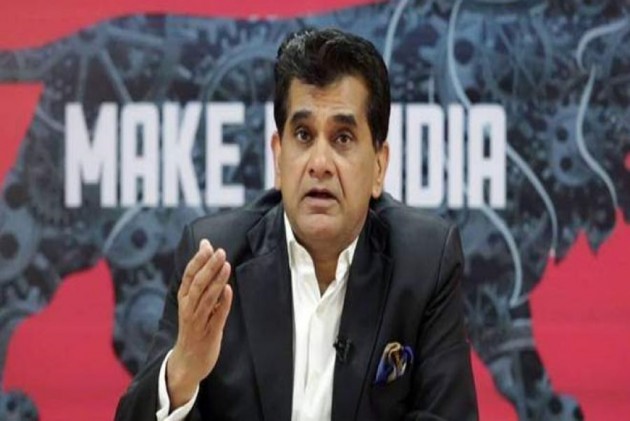 Niti Aayog CEO Amitabh Kant on Tuesday said it is difficult to carry out tough reforms in India as there is 'too much of democracy', and emphasised that more reforms are needed make the country competitive.

Addressing a virtual event organised by Swarajya magazine, Kant said for the first time, the Centre has carried out hard reforms across sectors, including mining, coal, labour, agriculture, and the next wave of reforms must be pushed by the states.

"Tough reforms are very difficult in the Indian context, we have too much of democracy...You needed political will to carry out these reforms (mining, coal, labour, agriculture) and many more reforms still need to be done," he said.

It is not easy to compete against China without hard reforms, Kant said.

"This government has demonstrated political will to carry out hard reforms," he added.

The Niti Aayog CEO stressed that the next wave of reforms must come from states.

Replying to a question on protests by farmers, mainly from Punjab and Haryana, against the Centre's new farm laws, Kant said the agriculture sector needs reforms.

"It is very important to understand this that MSPs (minimum support price) will be there, mandis will remain...farmers must have a choice to sell their products as they benefit out of this," he noted.

"We don't anticipate any shortage of lithium," he said.

On Modi government's 'Aatmanirbhar Bharat' initiative, he said it is not about looking inwards, but unleashing the potential of Indian companies.

The government has identified 10 champion sectors for production-linked incentives (PLI) scheme and these sectors will play a major role in making India a manufacturing hub, and give the country economies of scale, Kant said.

"The PLI scheme is going to provide a huge opportunity to these sectors for 4-5 years to export," he added.

Noting that India must technologically leapfrog, Kant said it is important for the country to get into sunrise industries.

Kant also noted that there is a need to bring down logistics costs.

The country must also embark on sustained and well-planned urbanisation which is the next big driver of growth, he said.

Kant pointed out that the government support so far was across 90 per cent of product lines and to 86 per cent of exporters, and yet India's exports were not growing.

"We need to create an ecosystem to enable private enterprises to thrive at the global platform," he said.