India-UK FTA would help in removing the customs duty disadvantages faced by domestic players in Britain, according to a trade expert 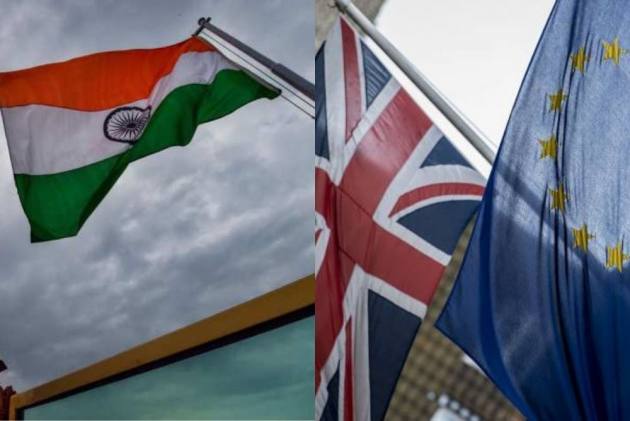 With the European Union and the UK clinching a post-Brexit trade pact, India should now aggressively pursue free trade agreements (FTAs) separately with both the regions, according to experts.

Although it is premature to assess the gains for India from the agreement between the European Union (EU) and the UK, Indian goods would not get much benefit from this pact, they said.

However, India can explore opportunities in service sectors like IT, architecture, research and development and engineering in both the markets as the EU-UK pact does not cover services, they added.

"There is not much gain for Indian goods, but we can gain in services sector in both the UK and EU markets. We will gain more in the UK market as we are English speaking country," Federation of Indian Export Organisations (FIEO) Director General Ajay Sahai said.

He said there are no specific customs duty benefits for domestic goods from this agreement.

"Now we should push the FTA negotiations with both the EU and the UK. Indian competitors like Vietnam have greater duty advantage in sectors like apparel and marine goods," Sahai said.

Sharing similar views, Biswajit Dhar, a professor of economics at Jawaharlal Nehru University, said India had a lot of contentious issues while negotiating FTA with the EU. However, after Brexit, the UK could have a different stand on those issues and now "India should pursue FTA talks again with both the regions".

He added that there is a possibility of doing a favourable free trade pact with the UK.

FIEO President Sharad Kumar Saraf said that India should now "aggressively" move on starting negotiations for FTA with both the EU and UK.

"We have requested the government to sign an MoU (Memorandum of Understanding) regarding a deadline to conclude FTA talks with Britain during the visit of UK Prime Minister Boris Johnson next month in India," Saraf said.

Rakesh Mohan Joshi, professor at Indian Institute of Foreign Trade (IIFT), said that after the trade deal with the EU and the UK, India will get a better opportunity to cater to the demands of both the markets.

"But India needs to plan accordingly," he added.

Britain clinched a historic deal with the European Union on Thursday as both sides managed to thrash out a post-Brexit free trade agreement just days before the December 31 deadline.