According to Uday Kotak, Indian banks have been lagging in the curve to tap payments technology. For them, this is a wake-up call before losing much of their traditional financial business. 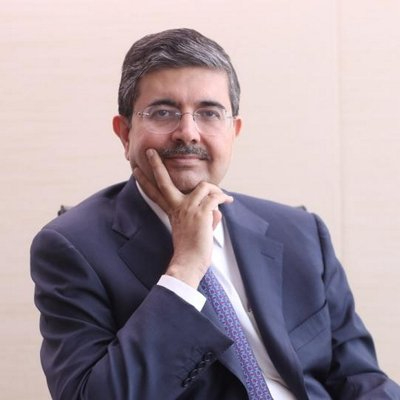 Kotak Mahindra Bank MD Uday Kotak on Friday stated that Indian Banks have been behind the curve in tapping payments technology. He added that they need to wake up before they lose large parts of their traditional financial markets. Kotak was speaking at the Infinity Forum organised by the International Financial Services Centres Authority (IFSCA) and Bloomberg.

According to Kotak, Indian bankers have been short-sighted on the payments business in the past couple of years for they saw no money in the business. As a result of which, they paved for unified payments interface (UPI)-based payments to grow and the market be monopolised by Google Pay and PhonePe. Kotak mentioned that the two together hold 85 per cent of the market share.

Calling it a wake-up call for Indian banking, Kotak said, "Wake up, you will see large parts of the traditional financial markets move out."

He added that banks need to keep in mind that consumer tech companies have revenue models outside of finance. "For instance, the advertising model or the e-commerce model. Banks, by law, under Section 6 of the Banking Regulation Act cannot get into non-financial business as defined," he elaborated.

Kotak added that there could, therefore, be a serious issue concerning how to draw the lines and maintain financial stability.

"I was reading an article which said that when you put a regulated entity into competition with a fintech or a consumer tech, the standard approach of the consumer tech is to play fast and loose on regulation and gain market share at great speed," Kotak stated. He added that he is not against competition, but ensuring there is no systemic and stability challenge behind the notion of better competitive service.

Recalling Prime Minister Narendra Modi's assertion that the most important aspect of digital growth is consumer trust that has to be protected at all costs, he added, "So, we need to make sure that as we go for fintech and grow it, we must also be clear that we do not betray trust."

On the homegrown payments ecosystem, Kotak said UPI payments, as well as Aadhaar unique identity basis for transactions, are remarkable innovations and they could be exported globally.