The GDP in Asia's third-largest economy grew by 1.6% in the January-March period, up from 0.5% in the previous quarter when India began pulling out of a steep pandemic-induced recession in the earlier six months. 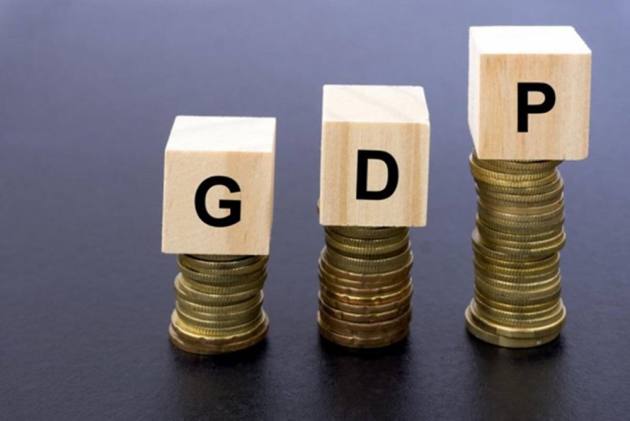 India's economy contracted by less-than-expected 7.3 per cent in the fiscal year ended March 2021 after growth rate picked up in the fourth quarter, just before the world's worst outbreak of coronavirus infections hit the country.

The gross domestic product (GDP) in Asia's third-largest economy grew by 1.6 per cent in the January-March period, up from 0.5 per cent in the previous quarter when India began pulling out of a steep pandemic-induced recession in the earlier six months.

GDP had grown by 3 per cent in the January-March quarter in the previous year.

The economy, which was facing a slowdown even before the pandemic broke out last year, contracted by 7.3 per cent during April 2020 to March 2021 fiscal (FY21), weighed down by a nationwide lockdown that pummelled consumption and halted most economic activities.

This is the first full-year contraction in the Indian economy in the last four decades since 1979-80, when GDP had shrunk by 5.2 per cent.

To regain Rs 145 lakh crore size, the economy will have to grow by 10-11 per cent in the current 2021-22 fiscal but the outbreak of the second wave of COVID-19 infections last month has disrupted the momentum of economic activity and many expect the GDP may not touch double-digit growth rate despite the low base.

Even though daily COVID-19 cases have come down from a peak of over 4 lakh to 1.5 lakh, a crash in consumer demand -- constituting over 55 per cent of the economy -- and unemployment soaring to near one-year high of 14.73 per cent pose fresh challenges.

Analysts have warned of risks to growth from slow pace of the four-month-old vaccination programme.

Commenting on the GDP numbers, Chief Economic Adviser K V Subramanian said the impact of the second wave of COVID-19 on the economy is not likely to be large but it is difficult predict if the country would achieve double-digit growth in the current fiscal.

The Economic Survey 2020-21 released in January this year had projected GDP growth of 11 per cent during the current financial year ending March 2022.

Observing that there is a need to enhance pace of vaccination, Subramanian said it would help lowering likelihood of another COVID-19 wave.

The Indian Council for Research in International Economic Relations' (ICRIER) Alok Sheel said the provisional estimate of 2020-21 GDP numbers are slightly better than expected, but are unlikely to change the big picture.

"These numbers would need to be counter-balanced by likely downgrades of current GDP growth estimates for 2021-22. The consensus number for this is now down to below 10 per cent on account of the severity of the second wave of COVID-19," he said, citing IMF's April projection of 12.5 per cent growth.

Rumki Majumdar, Economist, Deloitte India, said with a majority of the states imposing strict lockdowns in April and May, the economic harm of the second wave is expected to remain contained to the April-June quarter.  "This is because the current infection wave seems to have peaked and any subsequent waves may have a diminishing impact on the economy, as is seen elsewhere," she noted

Economic activity will pick up rapidly in the second half of the fiscal, Majumdar added. EY India's Chief Policy Advisor D K Srivastava said with a lower contraction in GDP as well as GVA in 2020-21, the sharp recovery projected for 2021-22 by a number of agencies like the IMF at 12.5 per cent and the RBI at 10.5 per cent may have to be moderated.

"These projections were done prior to the impact of the second Covid wave. The combination of Covid's second wave and the revised base effect may imply a lower GDP growth for the Indian economy for 2021-22, which may be in the range of 9-9.5 per cent," he pointed out.

While the NSO had previously estimated that the economy will contract by 8 per cent in 2020-21, the Reserve Bank of Inda (RBI) had projected a shrinkage of 7.5 per cent.

China, which was once the hotbed of coronavirus infections, has recorded 18.3 per cent economic growth in January-March 2021.

Separately, higher tax collections helped arrest fiscal deficit (excess of government expenditure over revenue) at 9.3 per cent of the GDP in FY21 as against 9.5 per cent projected previously and 3.5 per cent estimated when the Budget was presented in February 2020.

Even before the outbreak of the pandemic, the fiscal deficit had soared to a seven-year high of 4.6 per cent of GDP in 2019-20 mainly due to poor revenue growth.

The government has pegged the fiscal deficit during the current 2021-22 fiscal at 6.8 per cent of GDP.

Indian economy contracted by a record 24.4 per cent in April-June 2020 and by 7.3 per cent in the following quarter.

The government had imposed a lockdown on March 25, 2020 to combat COVID-19. Later the lockdown restrictions were eased in phases. But it dented the economic growth eventually in the later period of the last fiscal. The Indian economy swung back to black in the October-December quarter.

According to the NSO data, gross value added (GVA) growth in the manufacturing sector accelerated to 6.9 per cent in the fourth quarter of 2020-21 compared to a contraction 4.2 per cent a year ago.