Indian Economy To Grow More Than 9% In FY2023, Predicts Report

Higher exports and more consumption, investment and capex on technology are expected to be growth drivers of the Indian economy in FY2023, says a report by Aditya Birla Sun Life Mutual Fund. 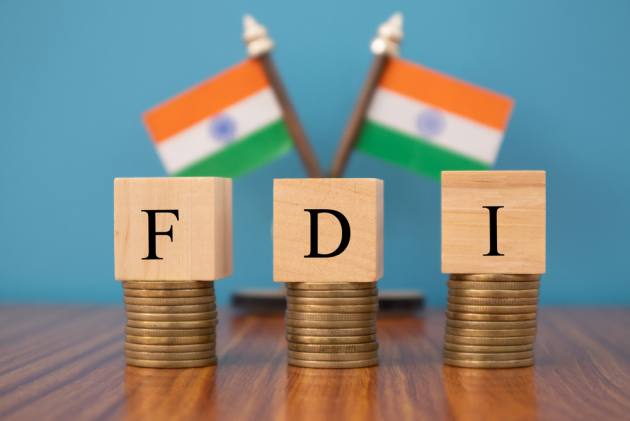 While there has been a severe impact on the Indian economy due to Covid-19, the pandemic has also driven some key shifts, finds a report by Aditya Birla Sun Life (ABSL) Mutual Fund. According to the report, Aditya Birla Sun Life Mutual Fund’s Equity and Fixed Income Outlook for 2022, launched during a video conference on January 5, Covid has accelerated digitalisation, which gave a boost to the Indian start-up ecosystem and IT services.

Another effect could be that Indian companies benefit from the trend of many foreign companies moving away from China, the report state.

Here are the three major factors that could help India grow despite several challenges imposed by Covid.

GST collections of above Rs 1.3 lakh crore for the sixth consecutive month and falling unemployment rate are signs of India’s recovering economy, says the report. India’s economy is expected to grow 9.25 per cent on the back of faster normalisation of growth. Higher exports and more consumption, investment and capital expenditure (capex) on technology are expected to be growth drivers. Capex on technology and renewal still doesn’t have much a multiplier impact on the economy, the report states.

“We need traditional sectors to start firing up again to make it durable to bring growth faster. There are “enabling conditions” in the form of negative real rates, higher liquidity, clarity on policymaking, stronger and cleaner banking and borrower’s balance sheet(s) to support Capex but agents are not levering up yet,” the report states.  Capex starts contributing to growth in immediate terms only when agents are willing to lever up due to the interplay of operating and financial multipliers.

Discretionary consumption is picking up post-Covid and should sustain provided young individuals with rising incomes and aspiration levels continue to spend. Similarly, in terms of investment, there is scope in real estate; private sector investment is expected to pick up; and government spending on infrastructure development is expected to remain strong.

Covid-19 has paved the way for improving software and digital infrastructure in India, as more and more people are becoming dependent on online activities. Such dependency on tech has given a boost to the start-up ecosystem to drive innovation and also enhance IT services in India. “Cloud adoption is likely to remain the key underlying tech trend to drive digital and modernisation agenda,” says Mahesh Patil, chief information officer, ABSL Mutual Fund.

India is likely to be in a beneficial position in terms of foreign direct investments (FDIs), as a lot of foreign companies are diversifying away from China, says the report. It further predicts that India should continue to see strong FDI inflows, as nearly 32 countries have cancelled the most-favoured-nation treatment for China in December 2021. Thus, India can grow considerably in sectors like chemicals, pharmaceuticals and textiles in terms of FDI.

“In the last few years, the FDI investment has crossed net of $50 billion as against the

normal run rate of $40 billion. It is an indication of how FDI investment in India is going to contribute significantly as a source of financing. While the FIIs’ flow will remain volatile and it could be more opportunistic, the longer-term FIIs’ flow in India would probably be increased significantly on the back of rating index for India going up in MSCI,” says A. Balasubramanian, managing director and chief executive officer, ABSL Mutual Fund.