India's reserve position with the International Monetary Fund fell by $3 million to about $5.23 billion in the reporting week, the data stated. 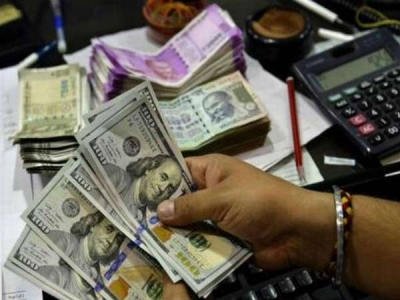 India's foreign exchange reserves increased by about $2.04 billion to approx $639.52 billion for the week ending October 8, as per the latest data revealed by the RBI. The rise in forex reserves is attributable to the increase in foreign currency assets (FCAs).

FCAs increased by $1.55 billion to $577.001 billion in the same time period, as per the data. FCAs include assets like the U.S. treasury bills by the apex bank using foreign currencies. It is amongst the largest component of the overall forex reserve. FCAs include the effect of appreciation or depreciation of non-US units like the euro, pound and yen held in the foreign exchange reserves.

India's reserve position with the International Monetary Fund fell by $3 million to about $5.23 billion in the reporting week, the data stated.