The Economic Survey tabled in Parliament said the level and growth of a country's GDP informs several critical policy initiatives as it is a barometer of the economy's size and health. 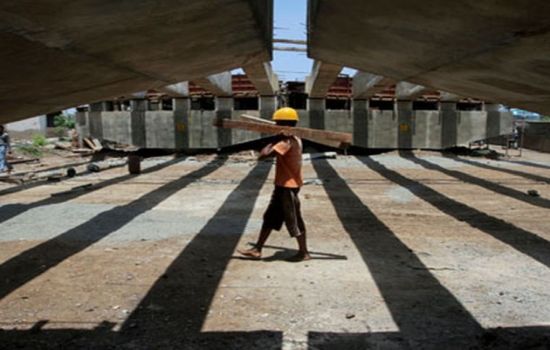 India's GDP growth is neither overestimated nor underestimated and the concerns on data are "unfounded", the Economic Survey 2019-20 said on Friday as it tried to settle the debate over veracity of the macroeconomic data following change in estimation methodology.

Recently, Arvind Subramanian, the Narendra Modi government's former chief economic adviser, had said India's economic growth rate has been overestimated by around 2.5 percentage points between 2011-12 and 2016-17 due to a change in methodology for calculating GDP.

India's gross domestic product (GDP) growth rate between this period should be about 4.5 per cent instead of the official estimate of close to 7 per cent, he had said in a research paper published at Harvard University.

The Economic Survey tabled in Parliament on Friday said the level and growth of a country's GDP informs several critical policy initiatives as it is a barometer of the economy's size and health.

"It is also a pre-eminent driver of investment. Therefore, it is important that GDP is measured as accurately as possible," it said.

The survey notes that the recent debate and discussion among scholars, policymakers and citizens alike about India's GDP growth rates following the revision in GDP estimation methodology in 2011 assumes significance, especially given the recent slowdown.

Using careful statistical and econometric analysis that "does justice" to the importance of the issue, the Survey in a dedicated chapter said it has found no evidence of mis-estimation of India's GDP growth.

It said that cross-country comparisons are fraught with risks of incorrect inference due to various confounding factors that stem from such inherent differences.

As a result, cross-country analysis has to be carefully undertaken so that correlation is distinguished from causality.

However, when the models are estimated correctly by accounting for all unobserved differences among countries as well as the differential trends in GDP growth across countries, growth for most of these 52 countries (including India) is neither over- nor underestimated.

"In sum, concerns of over-estimation of India's GDP are unfounded," it said.

It further said the need to invest in ramping up India's statistical infrastructure is undoubted.

In this context, setting up of a 28-member Standing Committee on Economic Statistics (SCES) headed by India's former chief statistician is important, it said

Nevertheless, carefully constructed evidence in the Survey must be taken on board when assessing the quality of Indian data, said the survey tabled in Parliament by Finance Minister Nirmala Sitharaman a day before she presents the Union Budget.