The decline in GDP has been mainly on account of deceleration in manufacturing sector growth. 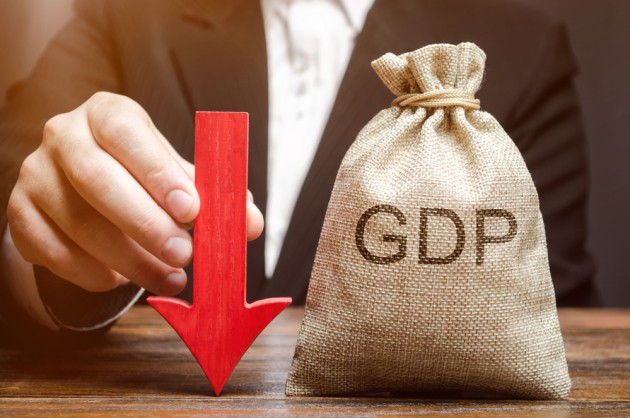 The figures show a massive drop in growth rates following the deceleration in the key sectors of industry and core sectors and now presage an 11-year drop in GDP growth. In Q2, the growth had dropped to 4.5 per cent.

The National Statistical Office (NSO), under the ministry, released the First Advance Estimates of National Income at both Constant (2011-12) and Current Prices, for the financial year 2019-20, along with the corresponding estimates of expenditure components of the Gross Domestic Product (GDP).

The sectors, which registered a growth rate of over 4.9 per cent, are, 'Electricity, Gas, Water Supply and Other Utility Services', 'Trade, Hotels, Transport, Communication and Services related to Broadcasting', 'Financial, Real Estate and Professional Services' and 'Public Administration, Defence and Other Services' at 5.4 per cent, 5.9 per cent, 6.4 per cent, and 9.1 per cent, respectively.

The growth in the 'Agriculture, Forestry and Fishing', 'Mining and Quarrying', 'Manufacturing' and 'Construction' is estimated to be 2.8 per cent, 1.5 per cent, 2 per cent and 3.2 per cent, respectively.

Crops including fruits and vegetables account for about 56 per cent, livestock products 30 per cent and forestry &amp; fisheries 14 per cent share of GVA in total GVA of 'Agriculture, Forestry and Fishing' sector.

The GVA at Basic Prices for 2019-20 from 'Electricity, Gas, Water Supply and Other Utility Services' sector is expected to grow by 5.4 per cent as compared to growth of 7 per cent in 2018-19.

Estimate of IIP (Index of Industrial Production) of Electricity compiled for 2019-20 has been used for compilation. IIP of Electricity registered a growth rate of 1.6 per cent during April-October 2019-20.

Key indicators of Construction sector, namely, 'Production of Cement' and 'Consumption of Finished Steel' registered growth rates of (-) 0.02 per cent and 3.5 per cent respectively during April-November, 2019-20.